Oh No Oh My 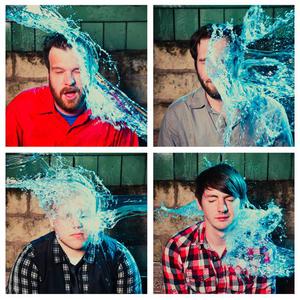 Oh No Oh My formed in Austin, Texas USA, in the fall of 2004 by recording a series of demo songs. Led by the success of these demos, including a song called "Walk in the Park", the band quickly gained a small following in just a short matter of months in the summer of 2006, and came to the point where the demos hastily assembled into an album, called "Oh No! Oh My!" It led the band to tour all over the USA for the next 2 years, playing with bands such as The Flaming Lips, Gnarls Barkley, Mew, and also to play various festivals such as Lollapalooza, Detour, and sxsw.

This eventually led Oh No Oh My to invade Europe, gallivanting around the continent wreaking havoc upon the entire population with their awesome and mighty "ROCK". In between rocking the face off of the people of Western Europe, the band took a small break in the summer of 2008 to record some songs that had been kicking around for a couple of years. These 5 songs formed the EP entitled "Dmtirij Dmitrij" named for their beloved driver and friend, Dima, who had become fast friends with the band whilst speeding like mad men across the Autobahn at night, for the show must go on!

After some more tours and self reflection, an epiphany was formed amongst the members of the road weary band. It had been almost 4 years since the band last attempted to write and record a large collection of songs. And even then, the previous "album" was never recorded with the intention of being released as such. So, to rectify this situation, it was decided that a big fat "HOLD" must be placed on all other band related activities at the time, and Oh No Oh My's first album (at least intentionally) was to be made!

So after much time passing while writing and recording, the band is now set to release a collection of 12 brand new songs upon the world, to collectively be called "People Problems". Because most problems in life stem from people, and what better thing to write about than people, and our problems with them? A fairly dramatic stylistic departure from the previous music Oh No Oh My was known for, the songs of "People Problems" are made up in a much more somber, yet grand scale, which include arrangements for a string quartet. Recorded sporadically over 8 months in Austin, Texas at Public Hi-Fi (owned by Spoon drummer/producer, Jim Eno) by Jeff Byrd and Brad Bell, as well as at the Sugarcube (Daniel's own studio).