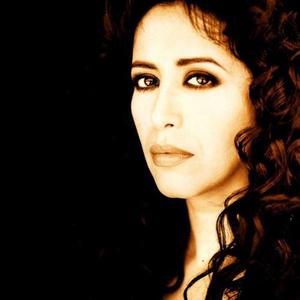 Ofra Haza (???? ??-?) (born as Bat-Sheva Ofrah Hazah in Hatikva, Tel Aviv, Israel on 19 November 1957 - died 23 February 2000). In 1969, at the age of 12, Haza joined a local theater troupe, and manager Bezalel Aloni spotted her singing talent. He staged many of his productions around Haza, and later became her manager and mentor. At the age of 19, she was Israel's first pop star and retrospectively, music journalists described her as "The Madonna of the East".

She came to fame in the late 80s, with her album SHADAY and her single Im Nin'alu which reached #1 on several European charts in 1988 and remained for nine straight weeks in top position on the German charts. Then she impressed the whole world with her album Yemenite Songs, which was later released in the US as Fifty Gates Of Wisdom. She added more high-tech elements and worked with producers such as Thomas Dolby and Don Was.

Her voice has been described as mezzo-soprano, of near-flawless tonal quality, capable of lending itself to a variety of musical styles with apparent ease. Her style, including elements of Hebrew pop, sounds tasty, yet exotic, and the strength of her voice gained her many admirers.

Ofra Haza died at the age of 42 in 2000 ? the cause being widely reported as organ failure or pneumonia, reportedly arising from HIV/AIDS complications. Her family declined to confirm or deny these reports however, stating that it was Haza's wish that the matter should remain private. There was considerable media interest into the circumstances of her death. Ofra Haza married Doron Ashkenazi in 1997, who died in 2001 of an overdose of crystallized cocaine. He was suspected of having infected Haza with the HIV virus.

Ofra represented Israel in the Eurovision Song Contest in Germany in 1983 with the song Chai (Alive) and finished second with six points disparity. Her greatest hits collections Melody of the Heart Vols 1 and 2 comes in two 3CD boxed set collections.