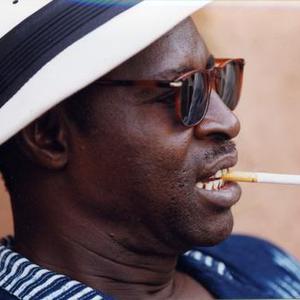 Ali Ibrahim ?Farka? Tour? (October 31, 1939 ? March 7, 2006) was a Malian singer and guitarist, and one of the African continent's most internationally renowned musicians. His music is widely regarded as representing a point of intersection of traditional Malian music and its North American cousin, the blues. The belief that the latter is historically derived from the former is reflected in Martin Scorsese's often quoted characterization of Tour?'s tradition as constituting "the DNA of the blues". Tour? was ranked number 76 on Rolling Stone's list of ?The 100 Greatest Guitarists of All Time?.

He was born in 1939 in the village of Kanau, on the banks of the Niger River in the cercle of Gourma Rharous in the northwestern Malian region of Tombouctou. His family moved to the nearby village of Niafunk? when he was still an infant. He was the tenth son of his mother but the only one to survive past infancy. ?The name I was given was Ali Ibrahim, but it's a custom in Africa to give a child a strange nickname if you have had other children who have died?, Tour? was quoted as saying in a biography on his Record Label, World Circuit Records. His nickname, ?Farka?, chosen by his parents, means ?donkey?, an animal admired for its tenacity and stubbornness: ?Let me make one thing clear. I'm the donkey that nobody climbs on!? He was descended from the ancient military force known as the Arma, and was ethnically tied to the Songrai (Songhai) and Peul peoples of northern Mali.
As the first African bluesman to achieve widespread popularity on his home continent, Tour? was often known as ?the African John Lee Hooker?. Musically, the many superpositions of guitars and rhythms in his music were similar to John Lee Hooker's hypnotic blues style. He usually sang in one of several African languages, mostly Songhay, Fulfulde, Tamasheq or Bambara as on his breakthrough album, Ali Farka Tour?, which established his reputation in the world music community. 1994's Talking Timbuktu, a collaboration with Ry Cooder, sold promisingly well in Western markets, but was followed by a hiatus from releases in America and Europe. He reappeared in 1999 with the release of Niafunk?, a more traditional album focusing on African rhythms and beats. Tour? was the mentor and uncle of popular Malian musician Afel Bocoum.
Some of Ali Farka Tour?'s songs and tunes have been used in different programmes, films and documentaries [1]. For instance, his guitar riff on the song ?Diaraby?, from the album Talking Timbuktu, was selected for the Geo-quiz segment of The World PRI-BBC program, and was retained by popular demand when put to a vote of the listeners. This song is likewise used in 1998 as a soundtrack for the film L'Assedio (Besieged) by the Italian director Bernardo Bertolucci. His songs Cinquante six, Goye Kur and Hawa Dolo from the album The Source are also used as a soundtrack in the French film Fin ao?t, d?but septembre ("Late August, Early September") directed in 1998 by Olivier Assayas.
In 2002 he appeared with Black American blues and reggae performer Corey Harris, on an album called Mississippi to Mali (Rounder Records). Toure and Harris also appeared together in Martin Scorcese's 2003 documentary film Feel Like Going Home, which traced the roots of blues back to its genesis in West Africa. The film was narrated by Harris and features Ali's performances on guitar and njarka.
In 2004 Tour? became mayor of Niafunk? and spent his own money grading the roads, putting in sewer canals and fuelling a generator that provided the impoverished town with electricity.
In September 2005, he released the album In the Heart of the Moon, a collaboration with Toumani Diabat?, for which he received a second Grammy award. His last album, Savane, was posthumously released in July 2006. It was received with wide acclaim by professionals and fans alike and has been nominated for a Grammy Award in the category ?Best Contemporary World Music Album?. The panel of experts from the World Music Chart Europe (WMCE), a chart voted by the leading World Music specialists around Europe, chose Savane as their Album of the Year 2006, with the album topping the chart for three consecutive months (September to November 2006). The album has also been listed as No. 1 in the influential Metacritic's ?Best Albums of 2006? poll, and No. 5 in its all-time best reviewed albums. Ali Farka Tour? has also recently been nominated for the BBC Radio 3 awards 2007.
On March 7, 2006, the Ministry of Culture of Mali announced his death at age 66 in Bamako from bone cancer, against which he had been battling for some time. His record label, World Circuit, said that he recorded several tracks with his son, Vieux Farka Tour?, for Vieux's debut album which was released in late 2006.