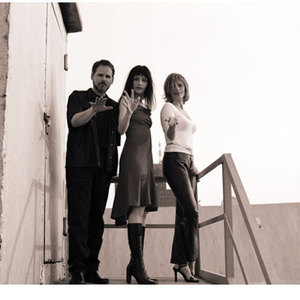 October Project is an adult-alternative pop/rock band. The original group members from 1993 through 1996, the Epic Records years, were Mary Fahl (lead vocals), Marina Belica (vocals, keyboards), David Sabatino (vocals, guitars), and husband-and-wife Emil Adler (vocals, keyboards, melodies) and Julie Flanders (lyrics). Urbano Sanchez (percussion) was also listed as an additional musician on both albums released during this period, and he appears in group photos on both albums.

In the late 1980s, Adler and Sabatino built a recording studio in a New Jersey garage, while Belica and Flanders were roommates for four years at Yale University. The four came together when Adler and Flanders began dating, and in 1990 Fahl was introduced to the group by a mutual friend. In 1993 the group was signed by Epic Records, and in November of that year they released their first album, the eponymous October Project, produced by Glenn Rosenstein. The group toured with Sarah McLachlan and the Crash Test Dummies through much of 1994. Their second album, Falling Farther In, was released in September of 1995 and was produced by Peter Collins.

In 1996, Epic Records dropped the band from their lineup. Soon after, Fahl left the group, reportedly due to friction because she wanted to write songs for the band, while Adler and Flanders were adamantly opposed to the idea. Fahl went on to pursue a solo career, eventually re-signing with Sony and releasing the album The Other Side of Time in May of 2003 under the Sony Classical label.

After the demise of October Project, Adler and Flanders recruited a new lead singer, MaryAnne Marino, and formed a group called November Project. The remaining members of November Project were Doug Yowell (drums, vocals), Mike Visceglia (bass), and Rob Friedman (guitars). In 1999, November Project released their only album, the EP A Thousand Days, produced by Rob Friedman and Emil Adler. In 2000, Marino left the group due to "artistic differences."

Meanwhile, Belica was pursuing her own solo career. In 2000, Belica invited Adler and Flanders to collaborate with her on the production of her debut solo album, the five-track EP decembergirl. The three reunited with Sabatino to cover October Project's single, "Return to Me." decembergirl was released in January 2001, with "Return To Me" as the second track on the album.

After the experience of performing on decembergirl, Adler, Flanders, and Belica chose to reunite as a trio under the name October Project. In March of 2003, the trio released the six-song EP Different Eyes, produced by Emil Adler.

The unofficial, thefanlistings.org-approved fanlisting for the band is located at http://fan.unfaithful-mirror.net/october/.