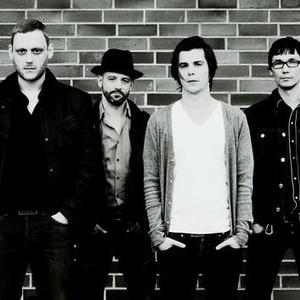 Northern Lite is a electro/pop/rock band from Erfurt, Germany and is known for its live concerts in small clubs in Germany and also in Spain, England and Japan later. The band was formed by Andreas Kubat and Sebastian Bohn (DJ Boon) in 1997. Their debut album "Small Chamber Works" was released in 2001 on their own label "1St. Decade Records". Later, Larry Lowe (Guitars) joined the band and brought some rock influences. Since then they sound similar to bands like The Faint, Fischerspooner and Death in Vegas, with both rock and electro influences.

In 2004, Northern Lite released their sequel album called "Reach the Sun".
In the same year, Larry left Northern Lite again and Sascha Littek took over his work.
One year later the band won the German Dance Award as "Best Indie/Electronic Artist" and they released their third album "Temper". The album "Unisex" followed in 2006.
At the German "Bundesvision Song Contest 2007" Northern Lite represented their home state Thuringia, performing the song Enemy with the group "Chapeau Claque".
Later the same year, Sascha Littek left the band, too. He was replaced with Valerian Herdam. A fifth album "Super Black" followed in 2008.
Their latest album, "Letters & Signs - Part One", was released on the 18th September, 2009, followed by Letters & Signs - Part Two in 2010.