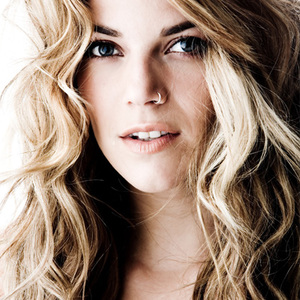 There are 5 artists in the music industry with this name: Nikki Kerkhof, the winner of Dutch Idols season 4; Nicolette "Nikki" Louisa Palikat (Nikki Palikat), a finalist for Malaysian Idol 1; an Italian DJ who goes by the same name; as well as a dance/pop singer who recorded under the name in 1989; and a female R&B vocalist who has been recording with super-producer Brian Kennedy frequently over 2008 and 2009.

#2 - Nikki Palikat (born November 1, 1985), better known by her stage name, "Nikki", is a Malaysian singer from Tambunan, Sabah, and a finalist in the first season of Malaysian Idol. She is famous for her vocal belting and her ability to sing in the whistle register.

Born in Berrien Springs, Michigan, Nikki is of Dusun descent. She is fluent in her native tongue of Bahasa Dusun as well as English and Malay. Prior to entering tertiary study at Kolej Matrikulasi Labuan, Nikki attended St. Francis Convent Catholic schools in East Malaysia.

While a university student, she successfully auditioned for Malaysian Idol in Kuching, Sarawak, impressing the judges with her rendition of Mariah Carey's Emotions. She eventually progressed through to the 'Final 12' of the competition. After six weeks, Nikki was voted out on September 12, 2004 to some controversy, as she had been seen as a favourite to win by Malaysian Idol judge, Paul Moss.

Originally planning to continue with her studies after her exit from the competition, Nikki secured a recording contract with Artistes United Records and released her debut album, Maharani, in Malaysia on November 28, 2005. The title means 'Empress' in Malay. This album showcases Nikki's abilities in the whistle register, with one critic mentioning it as "whistling a la Mariah Carey."[1] The ballad 'Pinta' marked Nikki's official debut in the music industry.

#4 - Nikki recorded his self written and self produced self-titled debut album in 1989 on Geffen Records featuring the dance hit "If You Wanna".

Bring Me Down (CDS)