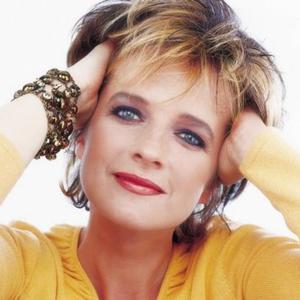 Known to her fans as Der Stille Star (i.e., the Silent Star), Monika Martin is an Austrian schlager singer with a long track record of hitmaking, going all the way back to her 1996 debut single, "La Luna Blu." Though generally classified as schlager, she can also be considered one of the leading Austrian practioners of volkst?mliche musik, a variant of volksmusik which incorporates contemporary themes and styles rather than the Alpine motifs generally associated with volksmusik.

Born on May 7, 1962, in Graz, Martin studied solo singing at Kunstuniversit?t Graz (i.e., University of Music and Dramatic Arts) in 1982 and, as a means of financing her studies, sung lead vocals in the tanzband the Heart Breakers from 1986 until 1992. Her band released one album, Daf?r Dank' Ich Dir (1990), billing itself as the Heart Breakers mit Dr. Ilse Bauer. During this period, Martin also studied art history and ethnology, earning her Ph.D. in 1990; from 1990 until 2000 she worked as an art teacher, starting her own ceramics business in Graz in 1994.

In 1995 Martin embarked on her solo singing career, signing to Koch Records and proceeding to release her solo debut, La Luna Blu (1996). The album spawned one of her all-time hits in the title track, which competed for the Grand Prix der Volksmusik, ultimately winning second place among Austrian participants. Martin's second album, Immer Nur Sehnsucht (1997), also put her in the running for the Austrian Grand Prix der Volksmusik, spawning the major hit "Goodbye Farewell." Martin's third album, Klinge Mein Lied (1999), became her most successful to date -- her first to reach gold sales status -- despite not spawning a hit on the level of "La Luna Blu" or "Goodbye Farewell."