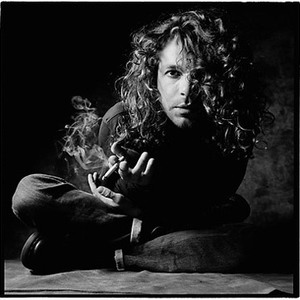 Michael Hutchence, born on January 22nd, 1960, started his career as the lead singer of INXS. After briefly experimenting with his own band Max Q, Hutchence wanted to record his own solo debut in 1997. Hutchence died tragically on 22 November 1997, and the record was released posthumously (after his death) in 1999. The self-titled record was completed by Black Grape producer Danny Saber and Andy Gill (formerly of Gang of Four).

Fellow artist and friend Bono (of U2 fame) helped finish one track, "Slide away", for which Hutchence had written the lyrics but not recorded all of the required vocals.

Although the coroner of New South Wales determined that Hutchence's death was the result of suicide, analysis of the witness statements in the coroner's report, the lack of a suicide note and other anecdotal evidence, such as the fact that Hutchence was found nude, has led some?including Hutchence's brother and other close relatives to suggest that the death may have resulted from autoerotic asphyxiation... not suicide.