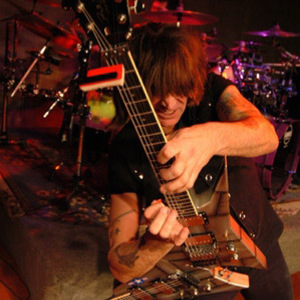 MICHAEL ANGELO BATIO (pronounced "Bay-tee-ohh") is an American instrumental progressive rock guitarist from Chicago, Illinois. He attended Northeastern Illinois University and received a bachelor's degree in music theory and composition. Having played guitar since the age of ten, Batio was voted the "Number 1 Shredder of All Time" by Guitar One Magazine. In November 2011 Michael won and placed 1st in the Guitar World magazine Readers Choice Award for the "Fastest Guitarist of All Time." Over 440,000 votes were cast.

Michael is one of the originators and pioneers of the entire ?Shred? Guitar genre. Michael showcased guitar techniques and innovations, for the first time, on his early instructional programs as well as in live performances, that are now considered ?standard techniques? among guitarists throughout the entire world.

Batio began his recording career in the band "Holland." Their major label, Atlantic Records album, "Little Monsters" had 2 singles and the band toured with Aerosmith.

Batio is ambidextrous, and can play two guitars at the same time ? either in synchronized or separate harmonies. Michael invented and successfully played the very first "Double-Guitar" to utilize these techniques. Another of his innovative inventions is the patented "MAB String Dampener" which he commonly uses live and in studio recordings. Michael also invented his signature stage move called the "MAB Over - Under" technique.

Michael has also had a long-term relationship with Dean Guitars, promoting their equipment and leading Dean-sponsored guitar clinics around the world to teach his techniques. Batio has released over 11 popular instructional DVDs, including the famous "Speed Lives" and "Speed Kills" series.

Michael debuted a multi media show in 2011 called the "Hands Without Shadows" A Tribute to Rock Guitar. The show is now touring all over the world.

Soul In Sight (With Black Hornets)