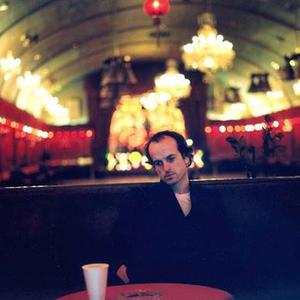 Matthew Herbert is a musician and producer working predominantly in the field of electronic music. Known for ignoring the boundaries and mangling the conventions traditionally associated with the genre, he is one of the few independently-minded artists to have made a considerable impact on both media and public while striving to be innovative and experimental. As a recording artist since 1996 he has released music on a variety of record labels under aliases such as Doctor Rockit, Wishmountain, Radio Boy, Mr.

Vertigo, Transformer, under his own name and with the Matthew Herbert Big Band. In recent years he has played at The Montreux and North Sea Jazz Festivals, Paris' Pompidou Centre, Tokyo's Blue Note, Sonar and Glastonbury and supported Bj?rk at the Hollywood Bowl. Along with over ten albums of self-written, produced and performed music, he has contributed production work to albums by Bj?rk and Roisin Murphy and remixed artists as varied as Moloko, R.E.M., Perry Farrell, Serge Gainsbourg, Yoko Ono, John Cale, The Avalanches and Cornelius. He also owns and runs Accidental Records.
....goes on @ http://www.magicandaccident.com/matthew_herbert.htm

A Nude (The Perfect Body)