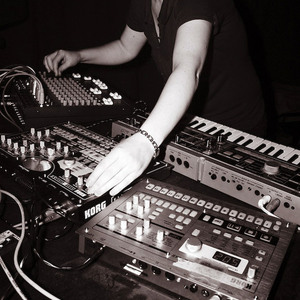 There are 2 artists/bands with the name Ada. 1. Ada (Real Name: Michaela Dippel) is a German melodic techno/electropop artist and producer. Dippel started her musical career as a singer in a rock band back in 1994. As the band slowly incorporated synthesizers and samplers into their repertoire, Ada too started exploring electronic music. Whilst already receiving acclaim for her remix work, it was her debut release "Blindhouse" that signalled there was much to look forward to from Ada and Areal Records.

Dippel started her musical career as a singer in a rock band back in 1994. As the band slowly incorporated synthesizers and samplers into their repertoire, Ada too started exploring electronic music. Whilst already receiving acclaim for her remix work, it was her debut release "Blindhouse" that signalled there was much to look forward to from Ada and Areal Records.

She made her debut as a vocalist in mainstream music on Metope's "Livedriver." A few months after that 2002 release, she put out her first production 12" for Cologne's Areal label (the same label responsible for "Livedriver") and went on to release her second and third singles, along with the occasional track for compilations and split-artist singles. Appearances on mix albums from Triple R, Tyrant and Erlend &Oslash;ye also raised her profile, all of which led up to "Blondie" -- her first full-length, ten sumptuous mini-symphonies of synth pop, techno, and house, released in late 2004. The covers of Everything But the Girl and the Yeah Yeah Yeahs that appeared on the album helped her gain recognition outside of the expected dance circles.

Originally from Friedberg (near Frankfurt), Dippel played in a number of bands prior to her current incarnation. The first was a rock group, followed by a more synthesizer-based outfit that collapsed after three years when band members moved to other cities to pursue other musical directions. Sensing the promise a major change might bring, she moved to Cologne where many friends had relocated and, from there, her story develops incrementally and serendipitously. Reconvening one day with a one-time band-mate for a session at her house, she found herself less focused on singing and more drawn to the korg-sampler they were using. After discovering her friend had left the device behind, she starting working with it and eventually generated loops which she played for Areal's Michael (Metope), an old friend from the pre-Cologne days. ?He was one of the first to move to the Big City,? she recalls. ?Without his friendship, I never would have shown my tracks to anyone because, at that time, I didn't expect anyone to like them but me.? In fact, the folks at Areal were so impressed they pushed her to finish the tracks and, after a few intense weeks, the ?Blindhouse / Luckycharm? 12-inch was completed. As for the moniker's origin, she explains, ?I once had an audio-book containing a horror story about a house full of blind zombies. I found the audio-book's dark, organ-based music really inspiring and it eventually led to the ?Blindhouse? 12-inch. In the story, the warden of the blindhouse who had to feed and take care of the zombies was named Ada.?

Like Areal in general, Ada's music sounds fresh and oozes a contemporary Cologne sheen but it's also warm and endearingly retro in its embrace of timeless song structures and analog tools. One of Blondie's many peaks is ?Each And Everyone (Blindhouse?Mix)? which overlays the heavenly ?Blindhouse? core of skipping beats and harpsichord tinkles with a crooned melody so deliciously forlorn it's simultaneously heartbreaking and transcendent. Blondie also includes an inspired rendition of the Yeah Yeah Yeahs' ?Maps? with an affectingly silky vocal from Ada couched in chiming synths and simple beats. From the hard careening techno of ?Our Love Never Dies? to the Kompakt-styled shuffle of ?The Red Shoes? to the Deep House flavorings of ?Livedriver,? the album marvelously straddles techno and pop with seeming ease, never venturing too far into one without returning to the other. Certainly many of the album's tracks are rooted in techno yet, always changing, they never devolve into run-on grooves (the best example of this mercurial approach might be the opener ?Eve?); in fact, her original idea of an album filled with short, three-minute songs was abandoned when Areal pushed her to develop them into longer, eight-minute tracks. ?I think that most of all I was and still am influenced by pop-music of all kinds. I used to think that a song couldn't work if it was over three minutes long but I don't believe that anymore. Even so, what remains of that original idea is my need for a lot of movement, and maybe that's why they sound more like songs than tracks.?

2. Ada is an Ontario, Canada-based 4-piece rock band with musical influences from the post-hardcore outfit At The Drive-In to contemporary prog-rockers Coheed and Cambria. They have a completely free album up for grabs here. Their myspace page can be found here.

Me And The Three (CDS)