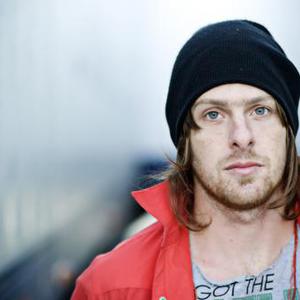 Matt Mays (born August 10, 1979, in Hamilton, Ontario, and raised in Nova Scotia) is a Canadian singer-songwriter and was the lead singer of Matt Mays & El Torpedo, a rock music group based in Cole Harbour, Nova Scotia and New York City. Previously, Mays was a member of a Canadian indie band The Guthries. After departing The Guthries to embark on a solo career, Mays released his self-titled debut which maintained the rootsy, laid-back feel of his earlier work but also had a decidedly more rock vibe.

After departing The Guthries to embark on a solo career, Mays released his self-titled debut which maintained the rootsy, laid-back feel of his earlier work but also had a decidedly more rock vibe. The solo debut caused quite a stir across Canada and went on to be nominated to two Juno Awards (New Artist & Adult Alternative Album).

Mays followed this up with the first Matt Mays & El Torpedo album, recorded with the live band he had formed to tour in support of the Matt Mays album. Matt Mays & El Torpedo had quickly evolved into one of Canada's best live acts. Produced with Grammy Award-winner Don Smith (Tom Petty, Keith Richards), the album's first single ?Cocaine Cowgirl? was a massive hit and the album went on to win four East Coast Music Awards in 2006. The band began working in the US as well, the highlight of which was an appearance on the Conan O'Brien show.

Just when everyone had him tagged as a Tom Petty inspired rock and roller Mays veered off in another direction, producing the music for ill-fated When the Angels Make Contact film. While it confounded many fans the album was a critical success and went on to be nominated for another Juno in the Adult Alternative Album of the Year category. Matt put together an eight piece band to tour the music and visuals from When The Angels Make Contact.

2008 saw the return of El Torpedo and the Terminal Romance album. Produced in the UK with producer Chris Tsangarides (Thin Lizzy, Judas Priest, Anvil) the album features the singles ?Tall Trees?, ?Building A Boat?, and the epic title track. Terminal Romance won the ECMA for Rock Album of the Year in 2008 and was nominated for a Juno in the same category.

Mays is back in solo mode now, working on material when not on the road with a new band performing material from all four albums.

Twice Upon A Hell Of A Time...

Once Upon A Hell Of A Time