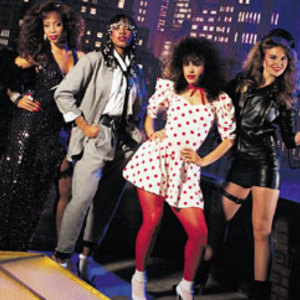 The Mary Jane Girls were an American R&B, soul, funk and disco group formed in Los Angeles, California. The group's primary lineup consisted of Joanne 'JoJo' McDuffy, Kimberly 'Maxi' Wuletich, Candice 'Candi' Ghant, and Cheryl 'Cheri Wells' Bailey. Bailey eventually left the group and was replaced by Yvette 'Corvette' Marine, who stayed on until the group's dissolution in 1987. They are known for their 1980s hits "All Night Long", "Candy Man", and "In My House".

The project first began in 1979 as a solo project for Joanne McDuffy, backup vocalist for singer and producer Rick James, whom she had supported on several tours. James developed tracks with McDuffy and session vocalists the Water Sisters, creating the "Mary Jane Girls" sound. Motown offered James a contract for what it believed was the girl group he wanted to produce; not wanting to lose the deal, James lied and told Motown that the Mary Jane Girls were a group and not McDuffy's solo project. Rick got whoever he could to provide photographs to Motown. McDuffy continued to sing lead and background with the Water Sisters for all Mary Jane Girl recordings and the band sang for the group with McDuffy on tour. It is commonly believed, though not confirmed, that the group was so named due to Rick James' affinity for marijuana; a common alternate term for the substance is "Mary Jane."

Their self-titled debut album, Mary Jane Girls was released in 1983, reaching #56 on the Billboard 200, and #6 in the Top Hip-Hop/R&B charts. The album's four singles, "Candy Man", "All Night Long", "Boys" and "Jealousy" all charted. In 1985, their sophomore effort, Only Four You, was released; the single "In My House" became the group's biggest single, reaching #7 on the Billboard 200. Shortly before the release of the album, Bailey left the group and was replaced by Marine.