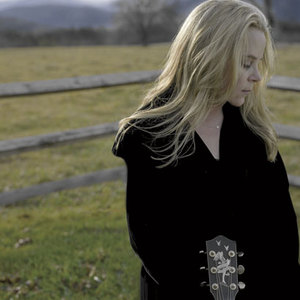 Mary Chapin Carpenter (born February 21, 1958 in Princeton, New Jersey) is a highly successful country music singer-songwriter and guitarist. According to Songfacts, Carpenter had a fairly privileged upper middle class upbringing. Her father was at least partly responsible for her embarking on a musical career. The song "House of Cards" was inspired by the divorce of her parents when she was sixteen.

One of her most widely known singles is "Passionate Kisses" (written by fellow singer-songwriter Lucinda Williams), a song with a rock flavor musically and lyrics listing simple desires such as "a comfortable bed", "food to fill me up", and "time to think". Another big hit was "Down At The Twist And Shout", which she performed in January 1997 at Super Bowl XXXI in New Orleans.

A number of Mary Chapin Carpenter's songs speak to women, urging them on through hard times or troubled relationships. In "He Thinks He'll Keep Her", co-composed by Carpenter and Don Schlitz, the singer makes the case for strength and self-respect. Another common theme in her music is that of taking life at your own pace, rather than rampant goal-driven materialism, such as "The Long Way Home" from her 2001 album Time*Sex*Love, which pokes fun at a man who "retire(s) at thirty to his big-ass house next to the putting green." The album has a relatively different feel musically, incorporating elaborate orchestra melodies, but with her characteristic lyrical depth.

Her album Between Here And Gone, was released in 2004.

Carpenter's most recent album, The Calling, released on March 6, 2007 by Rounder records' rock/pop imprint Zo?, features commentary about contemporary politics, a reaction to the impact of Hurricane Katrina on a track entitled "Houston," and an incendiary track entitled "On With The Song", dedicated to the Dixie Chicks, and addressing the visceral reaction to the trio.

In less than three months after its release, The Calling sold more than 100,000 copies in the US.

The Dirt And The Stars

The Things That We Are Made Of

Songs From The Movie

The Age Of Miracles

Party Doll And Other Favorites