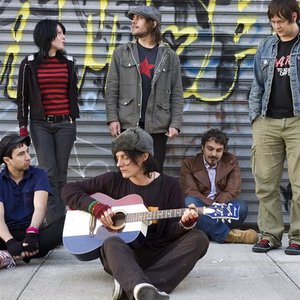 The quartet recorded two albums together: Let's Cut the Crap & Hook Up Later On Tonight, released on Black Dog Records in 1998, and Kids in Philly, released on Steve Earle's now-defunct E-Squared Records in 2000. Both critically acclaimed CD's were recorded and produced by the band and recording engineer Paul Smith above an auto repair garage in south Philadelphia.

Metz and Vance left the band in 2000, and were replaced by Mick Bader on drums and Joe Hooven on bass. Augmented by Mike "Slo-Mo" Brenner on lap steel, this version of the group toured extensively to support Kids in Philly. Marah performed the song, "Point Breeze" from Kids in Philly on The Late Show with Conan O'Brien in 2000. Bader and Hooven left Marah in 2001 and were replaced by Jon Kois (drums) and Jamie Mahon (bass) of Philadelphia psychedelic rock band The Three For Tens.

The Bielankos, with Kois and Mahon, left for Wales in late 2001 to record their third CD, Float Away with the Friday Night Gods with former Oasis producer Owen Morris. It was released on Artemis Records in 2002.

In 2003, Marah returned to the auto garage and recorded their fourth record, 20,000 Streets Under the Sky. The CD was released on Yep Rock records in 2004. The band toured this album with John Wurster (of Indie Rock-stalwarts Superchunk) on drums, Mike Brenner on lap steel, and Kirk Henderson on bass and keyboards.

In 2005, the band entered The Magic Shop recording studio in New York City to record their fifth album with the help of Henderson and two new members, Adam Garbinski and Dave Peterson. The result, If You Didn't Laugh, You'd Cry (IYDLYC), was hailed by critics as a return to form for the band.

The release of IYDLYC was complemented by the recording and release of a Christmas album, A Christmas Kind of Town, on October 18, 2005. The band, solidified as a three-guitar quintet, embarked on a year-long tour of the US and Europe to support the two albums. Highlights of the tour included Serge Bielanko's intense renditions of "Dishwasher's Dream" off of IYDLYC, as well as occasional performances of "Reservation Girl," an original song that has never been officially released by the band.

Dave Bielanko, Serge Bielanko, and Adam Garbinski at ACL 2006.The band played at the Bonnaroo Music Festival on June 16, 2006, which was highlighted by a rousing introduction by St. Louis scenester/character Beatle Bob and a cover of The Who's "Baba O'Riley." Marah later played the Austin City Limits Music Festival on September 15th, 2006, featuring a spirited performance from the band with Dave and Serge Bielanko jumping over the crowd barriers into the audience. The audio of this performance was released on iTunes on November 7th, 2006.

On September 21, 2006, the band's website announced the release of a live DVD of the IYDLYC tour, entitled Sooner or Later in Spain. The DVD, which was originally recorded and released as a fan bootleg, was released on November 17th, 2006.

Marah, with Christine Smith now a full time member, entered Nashville's 16 Ton Recording Studios in August 2006 to record songs for a new record. In April 2007, the group recorded and mixed additional songs at Brooklyn, New York's Excello Recording. In June, Marah announced that the new record, Angels of Destruction, would be released on January 8, 2008 and previewed the album at a concert/listening party in Philadelphia on September 8th, 2007. Angels of Destruction was preceded by a 6-song 10" EP entitled Can't Take It With You which was released in October 2007. A Christmas EP called Counting the Days was released in November 2007.

The new album was released in early January 2008 to widespread acclaim. Almost immediately afterwards, however, plans for an extensive US tour were cancelled following the departure of Garbinski, Peterson, and Henderson. A statement from Dave Bielenko stated that the current line-up could not agree on tour plans, and that to acquiesce to rhythm section would have represented a "musical regression." Bassist Johnny Pisano and drummer Joe Gorelick were hired as replacements, and in late February the band embarked on a European tour to promote the album.

Life Is A Problem

Sooner Or Later In Spain

If You Didn't Laugh, You'd Cry

Float Away With The Friday Night Gods

Let's Cut The Crap And Hook Up Later On Tonight