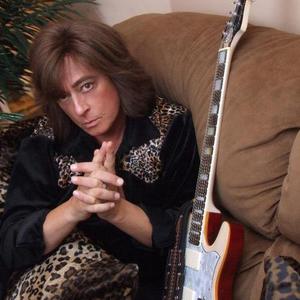 Joe Lynn Turner (JLT), born Joseph Linquito August 2, 1951 in Hackensack, New Jersey, is a melodic hard rock singer best known for his work with Rainbow, Yngwie Malmsteen and his brief stint in Deep Purple. He played the accordion as a child, grew up with an appreciation for classic R&B and became an accomplished guitarist in his early teens. He was ranked 84th in Hit Parader's "Heavy Metal's All-Time 100 Vocalists". Early Career to Present

Early Career to Present
In high school, Joe formed Ezra, performing original material and cover songs by such artists as Jimi Hendrix, Free and Deep Purple. In 1976, JLT enjoyed his first taste of national success with Fandango, a band described as an eclectic mix of R&B, pop, country, jazz and melodic rock. Turner sang and played guitar on all of the band's four albums. Fandango toured with numerous artists including The Allman Brothers, The Marshall Tucker Band, The Beach Boys and Billy Joel.

After Fandango split, JLT received a phone call from legendary Deep Purple and Rainbow guitarist Ritchie Blackmore. This resulted in an audition and Blackmore was so impressed that he immediately enlisted Joe in Rainbow.

Rainbow, while popular in Europe and Japan, had not reached the same level of success in the US before JLT joined. With Turner's contributions (largely considered more pop-oriented), the group was catapulted to a new level of American success. Several tracks from albums with Turner reached the Top 20 on rock radio charts in the early- to mid-80's. "Stone Cold" became Rainbow's first Top 40 hit and the band's videos were played in heavy airplay on MTV. Turner recorded three studio albums with Rainbow: Difficult to Cure, Straight Between the Eyes, and Bent Out of Shape, which featured the single "Street of Dreams". Rainbow disbanded in 1984, and Blackmore rejoined Deep Purple.

After the break-up of Rainbow, Joe released a solo album, Rescue You, produced by Roy Thomas Baker, known for his work with Queen and The Cars. JLT co-wrote most of the songs with keyboardist Al Greenwood (Foreigner). The first single, "Endlessly," received extensive airplay on radio and MTV. A tour with Pat Benatar and an acting role in the movie Blue Deville followed.

In 1987 Joe also supplied backing vocals to the Michael Bolton album 'The Hunger'. He appeared on the tracks 'Hot Love' and 'Gina'.

In 1988, he joined Yngwie Malmsteen's Rising Force and recorded the greatly successful album Odyssey (1988). The brief tour that followed the release of the album included a concert in Leningrad which was recorded and then released as Trial by Fire (1989). In 1989 he left the band to join his ex-bandmates Ritchie Blackmore and Roger Glover by replacing Ian Gillan in Deep Purple, making him their fifth singer. With Deep Purple Joe recorded the album Slaves & Masters. The album's sound was different from the traditional Deep Purple sound, and although many thought it sounded fresh, in general Deep Purple fans did not like it. The tour supporting the album was financially successful, but the audiences were unhappy with Turner's performances and vocal about their desire for a return of previous singer Ian Gillan. After the tour, Joe was fired, reportedly much to his and Blackmore's displeasure.

Joe Lynn Turner has been working mainly on his prolific solo career since his departure from Deep Purple and has worked with Glenn Hughes under the "Hughes Turner Project" name and with the Bulgarian guitarist Nikolo Kotzev and his band Brazen Abbot. Joe also participated in Nikolo Kotzev's rock opera Nikolo Kotzev's Nostradamus. He has also put out 3 albums under the band name Mother's Army. In recent years he took on very successful studio project Sunstorm and worked with Japanese Guitar player Akira Kajiyama for the album Fire Without Flame. Joe Lynn Turner was a guest in the Voices Of Classic Rock Shows, along with his colleague Glenn Hughes. In 2005, Joe had a guest appearance on Blackmore's Night album The Village Lanterne singing on the Bonus track Street Of Dreams, which was originally written by him and guitarist Ritchie Blackmore with the band Rainbow.

In recent years, Joe Lynn Turner has performed in several concerts alongside Graham Bonnet, his predecessor in Rainbow and has also been a member of a touring band Big Noize.

In 2008 he has formed Over The Rainbow, a new band comprising of former Rainbow musicians (Bobby Rondinelli on drums, Greg Smith on bass, Tony Carey on keyboards - replaced in mid 2009 by Paul Morris) and Ritchie Blackmore's son J.R. Blackmore on guitar.