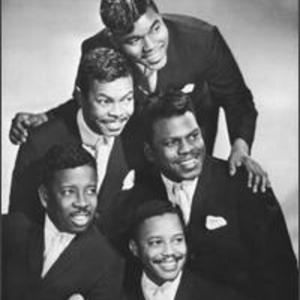 The Manhattans formed in 1962 with members George "Smitty" Smith, Edward "Sonny" Bivins (born 15 January 1942, in Macon, Georgia), Winfred "Blue" Lovett (born 16 November 1943), Kenny "Wally" Kelley (born Kenneth Kelley, 9 January 1943 in New Jersey), and Richard "Ricky" Taylor. Bivins, Lovett, and Kelley were graduating from Lincoln High School, whilst Taylor and Smith were graduating from Snyder High School. All five enlisted in the armed forces, and came together as a group following their discharges from their respective branches.

The group's first single was "For The First Time", released in 1964 by Carnival Records. Many consider August 15, 1964, the date of recording, to be the official start of the group. The group continued recording with great success, with the songs written by various members of the group. In 1968, the group received the award "Most Promising Group" by NATRA. In 1969, the group moved to the Deluxe record label of King Records. They then went on a college tour. While playing at Kittrell College in North Carolina, the group met another group, the New Imperials, who featured a member Gerald Alston, nephew of The Shirelles' lead singer, Shirley Alston-Reeves. They were so impressed with Alston that they asked him to join the group, but he declined.

Tragedy struck the group late in 1970 when George Smith fell down a flight of stairs and later took ill. Unable to perform, the group began to search for a new lead. They originally tried for The Cymballs' lead, Lee Williams, but he was not willing to leave them. The group then renewed their request to Gerald Alston (born 8 November 1942, in North Carolina), who accepted, and took over the lead spot. George Smith died of a brain tumor December 16, 1970.

The group continued recording through the 1970s with Alston on lead. They hit it big in 1976 with "Kiss and Say Goodbye", written by Blue Lovett and arranged by Bobby Martin (Martin being from New York City). It shot to Number one on the Billboard Pop and R&B charts, and became the second single ever to go platinum. Taylor left in 1976 to concentrate on his conversion to Islam, but the group continued as a quartet.

The group hit it big again in March of 1980, with the release of "Shining Star", which reached #5 on the Billboard charts. It received a Grammy award the following year. The group celebrated its 20th anniversary in 1985 with the release of Too Hot To Stop It. It included the Bivins/Smith penned tune "We Were Made As One", originally recorded in 1966, but covered in an a cappella, doo wop style, to emphasize the group's doo wop roots. The album was also dedicated to George Smith.

The group continued until 1988. That year, Alston left to record as a soloist. Roger Harris was then recruited as the new lead singer. The Columbia contract expired, so the group moved to the Valley Vue label.

The group's largest shake-up occurred in 1990, when Blue Lovett left due to health problems, and Kenny Kelley returned to college, for his PhD. Bivins, now the only original member left, took over management of the group. He recruited new members Alvin Pazant, Harsey Hemphill, and Charles Hardy. This brought the group back to a quintet. Harris proved to be only a short-term lead, however, as he left in 1991, and was replaced by new lead Wade Taylor. Taylor also only remained for a short time, leaving just a few months later. Bivins then recruited Lee Williams, the person who they had originally wanted to replace George Smith.

The current line-up of the group is Sonny Bivins, Lee Williams, Alvin Pazant, Harsey Hemphill, and Charles Hardy. They released the CD Manhattans Now in 1994, and in recent years, the group has been featured in the play, Girl, He Ain't Worth It. In 1996, they began recording under their own label, Manhattans Entertainment Inc. The Manhattans continued to tour and record.

For what would be their 30th reunion, former member Blue Lovett decided to return to the music scene with his own group of Manhattans in 1995. He brought in former lead Gerald Alston to be lead in his group. They are currently a quartet with Troy May and David Tyson, brother of The Temptations' Ron Tyson. In the past, the group also featured Eban Brown, now the lead of The Stylistics. This group has also released some CDs, including Even Now. This group was featured in two PBS specials.

Kiss And Say Goodbye: The Best Of

Thats How Much I Love You

There's No Me Without You (Vinyl)