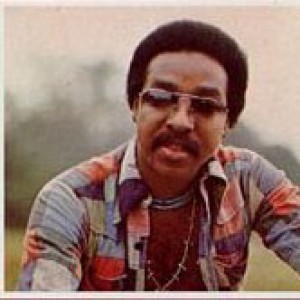 American old school R&B singer Major Harris III (February 9, 1947 - November 9, 2012) was the son of a professional guitarist father and a mother who led church choirs. He was the sibling of Joe Jefferson, a songwriter who penned quite a few hits for the Spinners. His cousin is famous ex-record company owner and artist Norman Harris, and his grandparents worked in vaudeville. Harris performed in many different groups throughout his career, including Franki Lymon's Teenagers, the Jarmels and Nat Turner's Rebellion on Philly Grove Records.

Harris performed in many different groups throughout his career, including Franki Lymon's Teenagers, the Jarmels and Nat Turner's Rebellion on Philly Grove Records. However, it was his stint with the Delfonics that finally brought him success. He joined that group as the replacement for Randy Cain. Major Harris is a STAR of the First Order, as he inspired many groups, as,The Mighty Majors Band ("You Can Never Go Back"), after they opened a show for him once on the road, as well as many other performers because of his polished style, grace, and powerful stage presence.

In 1974 he went solo, passing an audition for WMOT (We Men of Talent) productions. His biggest hit was "Love Won't Let Me Wait". Some of his subsequent songs did well also, but after those ran dry he returned to the Delfonics, with whom he toured in the 1990s and 2000s.