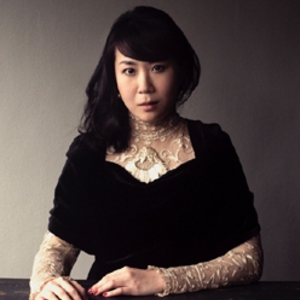 There are two artists by this name: 1) Swedish pop folk/electronica artist Johanna Wedin. 2) ? (Mai), a Japanese pop singer. Johanna Wedin (SWE) - Vocals, Piano, writer MAI is a mix between folk, pop & electronic music. The song "En Fait" was released (chosen among 7 000 songs) on the CQFD 2005 various artists from the french magazine Les Inrocks and right after MAI was signed on Nacopajaz!

MAI is a mix between folk, pop & electronic music.
The song "En Fait" was released (chosen among 7 000 songs) on the CQFD 2005 various artists from the french magazine Les Inrocks and right after MAI was signed on Nacopajaz!

Then Johanna recorded her debut album: Still Need A Kiss during 2005 / 2006 between studios and cheap home configurations, collaborating with various artists like Dorian (The Teenagers), Bardi Johannsson (Lady&Bird, Bang Gang) and Fred Fortuny among others... This first effort was mixed by Stephane Alf Briat (Air, Phoenix...) and was released in June 2007 by Nacopajaz Records / Discograph.

MAI has been invited to play by Troy Von Balthazar (Chokebore), as support band, and has also, among others, played with Her Space Holiday, Okkervil River, Poney Poney,Grizzly Bear or Justice...

2) (Real name: ???, Kudou Mai) was born July 18, 1984 in Ishikari, Hokkaido, Japan. She has been involved musically and enjoyed singing since she was a child. During her sixth year in elementary school she was part of Ishikari Kurenai Taiko, a drum group, and Ishikari Ryuusei Umi, a soran (traditional Japanese dance) dance group. It was a huge team, winning the semi-grand prix award out of 400 teams in her second year of high school.

During her third year of junior high school, her father fell ill and collapsed. After this Mai had ambitions to become a nurse, but she still enjoyed singing and was considering pursuing a career. Later Mai found out from a friend about a vocal audition going on so she made a demo tape and impressed the scouts. An indie label made 500 copies of the tape and had a Hokkaido radio station play it, with the copies being sold at a Sapporo CD shop. It was sold out in four days. After this, Ruppina was created.

In her third year of high school she visited Tokyo with her family and was additionally scouted in Shibuya. She sent her Ruppina demo track to avex, impressing CEO Matsuura Max so much that he personally went to Hokkaido to meet her. Mai was still torn between becoming a nurse or a singer at this point and Matsuura helped her make up her mind by telling her that "Songs can also encourage people."

She moved to Tokyo in July that year, recording a demo tape in May 2002. Ruppina's first single Free Will/Violet Flow was put on the market as a limited release in December of that year. Throughout her career as Ruppina, five singles, two mini-albums, and one full-length album (excluding the Best) were released. However, Ruppina was not going in a direction Mai wanted: even though "Kudo Mai" was reflected as "Ruppina", Mai felt that she wasn't right as "Ruppina". With lots of support from her friends and family, she made steps to becoming solo as "Mai", starting with her In the Name of Love single. After the best album Ruppina Best was released, the Ruppina project was ended November 16th, 2005.

The next month would mark Mai's official "solo" debut. Her first single - "Reborn" expressed the theme of rebirth and the art of female beauty without the need of clothing. The song was used as the ending theme for Hey! Hey! Hey! Music Champ, beginning with the December 5th episode. Unlike Ruppina, whose music was more a mix of pop, rock, and techno, as "Mai", her music is consistently a mix of techno and pop. What makes Reborn unique (and all of Mai's singles, for that matter) is that Mai was totally nude during the song's PV and is nude on the jacket cover, but lights and positioning of her arms and legs hide most of her. Reborn was also used as the theme song for the Xbox 360 game "eM".

"Eyes" was released almost five months later, this time with the theme of "awakening". It builds on the theme from Reborn in that after being born, one awakes, and standing confidently one can progress towards his or her goal.

Mai will appear in the 2006 movie Backdancers! as the fictional pop star Mayu, leader of Mayu With Super Tigers. The song she recorded for the film is included on its soundtrack.