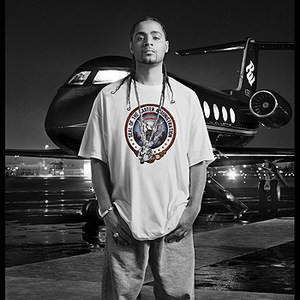 Tru Life (born Robert Rosado) is an American rapper of Puerto Rican decent from New York City who is currently signed to Jay-Z's Roc-A-Fella label. Tru Life stands for The Righteous Uniting Everybody Living In a Fantasy Environment. His latest release is a mixtape called Tru York, hosted by J-Love. He is part of a loose collective of rappers from New York known as Ghetto Inmates, along with Seven Dirty, Raze, Pee Da Blame, and Screw.

Tru-Life's career started in 1999 after being signed to Dreamworks Records. His album, Cryin' Out Loud, was scheduled to drop in November 2001, but never did. In an interview, Tru-Life says "They weren't ready to do black music", and "there were too many bumps in the road, and I couldn't move."

Around the same time, Tru-Life and his group, Ghetto Inmates, were signed to Loud Records.

Tru Life is set to record an album with fellow New York rapper Saigon. There is no set scheduled release date or any other information on the project at this time.

Get That Paper (Promo CDS)