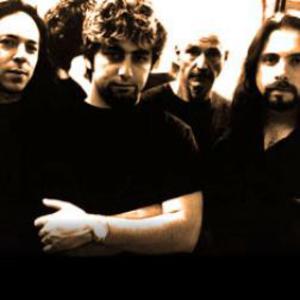 Liquid Tension Experiment is an instrumental progressive rock/metal project consisting of Dream Theater members John Petrucci (guitar), Jordan Rudess (keyboard), and Mike Portnoy (drums), as well as progressive rock icon Tony Levin (bass, Chapman stick) of King Crimson. The combo was formed as a side project to Dream Theater in 1997. Rudess was asked to join Dream Theater largely because of the success of the Liquid Tension Experiment; Mike Portnoy mentioned it in the introduction of the "Liquid Drum Theater" instructional DVD and in the Score Documentary.

Jordan Rudess had previously declined the offer to join in 1994, instead becoming a member of the Dixie Dregs. The band played fast, fusion-based pieces similar to those of Dream Theater, if somewhat more jazzy, less orchestral, more virtuosity, and (almost entirely) devoid of vocals.

Liquid Tension Experiment also played a few live shows in New York, Philadelphia, and Los Angeles (1999 NAMM included!). Mike Portnoy has stated in numerous interviews (and on his web site FAQ) that there will not be a third LTE album, as 3/4 of the band is in the current Dream Theater line-up. However, several songs and "riffs" have been incorporated into Dream Theater's live performances, such as the "Instrumedley" from Live at Budokan (2004), this song was previously played in several live presentations including the 2003 Modern Drummer Festival during the Mike Portnoy presentation.

In 2008, the group reunited and played several shows across the United States. Portnoy has since then stated that there will be CDs and DVDs released, as well as the possibility of a third album being produced.

When The Keyboard Breaks: Live In Chicago