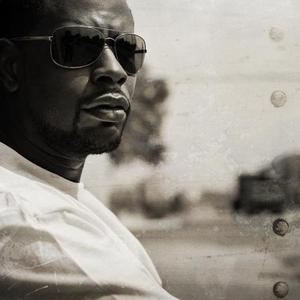 ?I sing about real situations in life. Reality. That's what I'm talking about,? KeAnthony states. There are no smoke and mirrors with this multitalented singer/songwriter. His debut album, A Hustla'z Story, pulses with the truth of his existence; a musical foundation built on honesty. Raised in Nashville, Tennessee, KeAnthony was exposed to a rich variety of music. At age five, he joined his family's nine-member gospel ensemble, The Gospel True Notes, solidifying a dream for a future in music.

Raised in Nashville, Tennessee, KeAnthony was exposed to a rich variety of music. At age five, he joined his family's nine-member gospel ensemble, The Gospel True Notes, solidifying a dream for a future in music.

In fifth grade, KeAnthony made a friend that would influence his life in a way he never imagined. The two were inseparable. Childhood innocence would soon melt away, and as teens, they found themselves engaging in a life on the streets. When faced with the possibility of an aggravated robbery charge, his best friend turned KeAnthony in to the police, leading him to live the next eight years of his life behind bars.

Now with a lifetime of experiences behind him, KeAnthony is ready to share his story, A Hustla'z Story. This album is a self-written lyrical lullaby tenderly narrated with the strength of KeAnthony's character. 'It's all reality to me,? he states. ?I can't sit down and write 'I love you' and not mean it. I write songs that deal with love and life.' He addresses one's need to escape the day to day in ?Everytime I'm High,? a soulful plea for solitude, peace, and freedom. With passionate sincerity, he reminds listeners, particularly single mothers, to put the past in the past, ?don't let things get in the way of your happy days,? with ?It's Okay.?

The power of attraction, support and love is explored in the slow jam, ?My Song.? Here he tells listeners of a powerful union, the kind he simply cannot live without. On the flip side, KeAnthony stays true to life and illustrates the flames of jealousy in ?Medlin,? a song about someone content on destroying his reputation with the woman he loved, which unfortunately led to the break up of the relationship.

The highlight of the album is the lyrical portrayal of the story that led KeAnthony to his stint in prison. The track ?Forever My Homie? cries out to his long lost friend, enlightening listeners on the creation and demise of their friendship. ?A ni**a done snitched on me/ and I thought he's supposed to be/ forever my homie,? KeAnthony croons. He goes on, ?never saw it coming/ now I'm sitting in this jail cell wondering why/ I'm the only one doing time.? Definitely one to take the high road, KeAnthony served his time and never sabotaged or sought revenge on his friend.

With beats and production provided by The Underdogs, Tank, and Scott Storch, a narrative true to life and a mastery of soul stylistics, A Hustla'z Story is sure to catch the attention of listeners worldwide. 'I don't give a damn where you from,? KeAnthony states proudly. ?You will feel this album.'