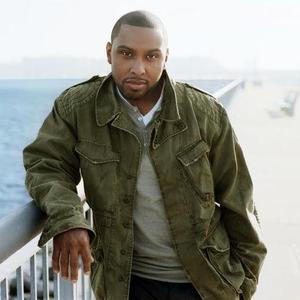 Newcomer Noel Gourdin (Gor-Deen) is prepped to make a major impact on the music world with his powerful debut disc After My Time via Epic Records. Influenced by classic soul as well as the contemporary sounds of R&B and hip-hop, Noel's music is a seamless blend of each genre. ?Listening to so much music from so many different eras really helped me put my style together,? explains the gifted singer-songwriter. His debut offering is a refreshing mix of timeless R&B with a modern, youthful feel.

Armed with commanding, rich vocals and a solid collection of intimate, soulful songs, this budding new talent is positioned to make an indelible mark on music's landscape by bringing together listeners across all generations and genres.

Many artists have been declared ?before their time? however with the album title After My Time, Noel pays homage to the soul stars of generations past that have paved the way for him to express himself through the ?most relevant music? in his life. While he'd fit perfectly in the old-school soul genre, he has crafted an album that also proves him to be a unique new-generation artist with undeniable staying power.

As a kid growing up just outside of Boston in Brockton, Massachusetts, the 26-year-old musician soaked up the sounds of his father's music collection, which consisted of plenty of old soul favorites like Otis Redding, Marvin Gaye, Tyrone Davis and Teddy Pendergrass. Noel realized his true passion for making music in high school and set out on the beaten path to a professional career by writing and producing songs and performing at clubs and showcases in and around the Boston area. During this time, he partnered with Larry ?Lucky? Fernandes, a music executive also from the Boston area and head of Stalin Entertainment. Having grown up with Noel, Fernandes watched him develop into a promising musician and when he felt the time was right, he introduced the aspiring singer to fellow producer/artist Tommy Olivera and songwriter Balewa Muhammad of the Trakaddix production team.

Olivera had a wide range of industry contacts, among them former Naughty By Nature DJ / producer Kay-Gee, best known for his production work for Jaheim, Zhan? and Next. Declaring him the ?new-age Sam Cooke,? Kay-Gee brought Noel into the studio to record ?Family Reunion? for the soundtrack to the 2004 film The Cookout. A number of industry players bore witness to the formation of Noel's career, as he also found himself in the studio with hit-making producers such as Mike City and Dr. Dre along the way. After taking meetings with various labels, Noel's camp ultimately settled at Epic and set to work on presenting to the world who they already knew to be R&B's next superstar.

With his father's two-hour Maxell soul tapes as their soundtrack, each year, Noel and his family made the long car trips to his grandparents' home just outside Biloxi, Mississippi. There, he spent his summers soaking up the environment that would serve not only as a rural refuge, but the foundation for his manhood. It was here that the city boy learned of a world outside of Boston. He lived and breathed the stories of his predecessors' struggles through the civil rights movement and the oppression synonymous with the South. The memories of Sunday mornings at church, fish fries and backseat make-out sessions were created and each summer, Noel nourished his existence with the growth and renewal he gained there, much like that offered through the time-honored Southern tradition of river baptisms.

It's no wonder that Noel is already winning music fans over with his debut single, aptly titled ?The River.? Kay-Gee produced the feel-good track in the tradition of an old-soul ballad, which harks back to the all-encompassing elements of love, family and summers in Mississippi. Noel recalls of writing the song, ?My grandfather had just died and I was thinking about him, and in the Deep South, the river represents something spiritual.? He attributes the song's popularity to its applicable theme. ?I think there's something in the record a lot of people can hold and grasp and relate to. It seems like people from 15 on up to 50 years old can grab something from this record.?

Along with his production team Trakaddix, Noel Gourdin co-wrote much of the album, which also boasts a formidable list of collaborators, including Raphael Saadiq, Vidal & Dre, The Black Beatles and Eddie F. Grown-and-sexy but edgy enough to appeal to the younger crowd, the disc offers up the melodic sounds reminiscent of pioneering soul imprints like Motown, Stax and Philly International, while incorporating the beat-driven hip-hop rhythms that are a constant on today's music charts.

Some of these gems include ?Reach,? on which Noel flexes his falsetto muscles while addressing the notion of giving a 100 percent to a relationship. ?Sorry I Led You On,? is about the harsh realities of a man growing out of love. Noel lets his lover down easy on the track produced by Soundz (Usher). Salaam Remi (Amy Winehouse) works his magic on ?Open.? Borrowing from the late B.I.G.'s ?Who Shot Ya,? the tastefully seductive track hears Noel give praise to that special woman who arouses his sensual side. The typical male-female roles are switched on ?One Love,? a groove-driven track on which Noel looks to take a relationship to the next level. The downside of love is represented on tracks like ?Too Late,? where he campaigns to save a union he fears is already doomed; And Trakaddix's own ?Hurts Like Hell? hears the artist brokenhearted but bitter and resigned to move on. Hip-hop is infused again on the latter track, nodding to A Tribe Called Quest's ?Lyrics to Go.?

In summing up himself as ?city to the heart but southern to the soul,? Noel also sums up his music. ?It's emotional and vulnerable, but still strong and secure.? He is certainly among those rare artists who can walk the fine line between being ?what's hot? and a favorite among more mature listeners. His music can be played at the young people's party or the family barbeque, much like contemporaries John Legend, D'Angelo and Robin Thicke before him. However, artistically in a class by himself Noel declares, ?More than anything, I wanted to make music that was real, relatable and timeless.? And with this first offering destined to become a classic, Noel Gourdin has certainly done just that.