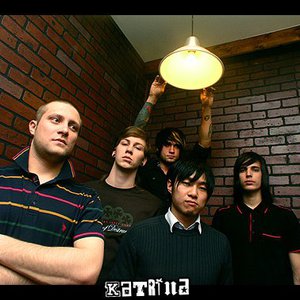 There are several artists called as Katrina: 1. Russian post-punk\emo\metal band from Moscow. They formed in autumn of 2006 after Stas (voice) and Pavel (guitar) left 30 ???? ???????. At the moment band recording their first album. http://www.myspace.com/onlinekatrina and http://community.livejournal.com/katrina_ru/ 2. Katrina Leskanich - Lead singer of Katrina & The Waves. She launched a solo career in 2005.

3. Katrina, a singer/songwriter from Los Angeles, USA. Katrina began her musical career as a contestant on the television show Star Search,?and recently came to prominence as a pop singer with several singles on the radio charts. Her debut album In The Blink Of An Eye spawned her debut pop single Shame on Me, follow up dance single OPM, and current single So Eden ? all achieving chart and radio success in the U.S. and U.K. http://katrinamusic.com