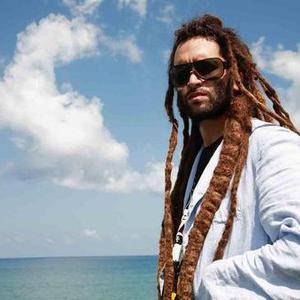 Alberto Dascola aka Alborosie is an Italian reggae singer, deejay and producer based in Kingston, Jamaica. He was born in Sicily in 1977 and in 1993, he formed a reggae band in Italy called Reggae National Tickets. He produced his biggest hit ?Herbalist' in 2006 and notably released several other singles as ?Kingston Town' , ?Rastafari Anthem', ?Slam Bam', ?Life' featuring Jah Cure and ?Call Up Jah' all on his own label Forward records.

He released a limited edition CD 'Soul Pirate' last year 2008. Including Kingston Town, Rastafari Anthem and a number of duets. including Micheal Rose and Natural Mystic with Ky-Mani Marley. Rodigan in the Intro points out reggae is an international force and a language (the author would like to point out that dreams can come true).. Alborosie follows with a song Diversity. Veteran DJ Ranking Joe also appears on Precious.