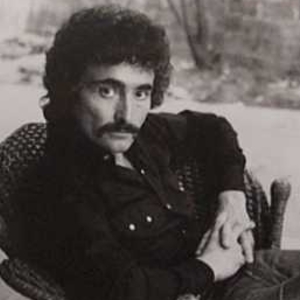 Jim Glaser has spent much of his professional career working within the context of his family's group, Tompall & the Glaser Brothers. As a member of that trio, which was celebrated for its singing, he also worked with Marty Robbins on several important projects as a session musician, playing guitar and mouth harp and singing backup on songs (most notably "El Paso" from the sessions that yielded the first two Gunfighter Ballads albums)...

Jim and his brothers Tompall and Chuck were born in Nebraska, the sons of guitarist Louis, who taught his children music in the course of raising them on a ranch. They former Tompall & the Glaser Brothers in the mid-'50s and made it onto radio in Nebraska while playing dances and other local events. They met Robbins at one of his concerts, and impressed with their harmony singing, he signed them to his own label, making their debut with a Chuck song, "Five Penny Nickel." An appearance on Arthur Godfrey's Talent Scouts helped break them nationally, and they signed with Decca Records in 1959, after moving to Nashville. They never had a hit for Decca, but their session work made their singing and playing very visible -- it was Jim, along with guitarist-singer Bobby Sykes (a member of Robbins' band), that suggested Marty record an entire album of western songs, which resulted in Gunfighter Ballads and Trail Songs, an album that was an immense hit at the time and still sells well several decades later, and which helped start a whole revival of interest in cowboy songs. The Glasers also played and sang on Claude King's The Comancheros, toured with Robbins, and ascended to the highest venue ever achieved by country music when they appeared with Johnny Cash at his Carnegie Hall performance.

Tompall & the Glaser Brothers enjoyed hits on MGM Records with "Gone, on the Other Hand" and "Through the Eyes of Love" in 1966 and 1967, and followed those up the next year with "The Moods of Mary" and "One of These Days" before they finally soared into the upper reaches of the charts with "California Girl (And Tennessee Square)" in 1969. During this period, Jim remained active as a songwriter, enjoying a Top Five hit for his "Sittin' in an All Nite Cafe" courtesy of Warner Mack; a huge pop hit, courtesy of Gary Puckett & the Union Gap, with "Woman Woman," which he'd co-authored with Jimmy Payne; and chart action from Liz Anderson's recording of "Thanks a Lot for Trying."

The Glaser brothers opened their own studio in Nashville, which became a locus for the "outlaw" movement in country music, a favorite hangout for Waylon Jennings, Bobby Bare, and Billy Joe Shaver. They placed a song into the underrated topical dramatic film Tick, Tick, Tick, starring Jim Brown and George Kennedy, and scored a big hit in 1971 with "Gone Girl." They won the Vocal Group of the Year Award from the Country Music Association in 1970 and enjoyed their first Top Ten single, "Rings," in 1971. The group only enjoyed two more years together, scoring two more hits, one of them -- "Ain't It All Worth Living For" -- backed by the London Symphony Orchestra.

After the brothers split up to work on their own projects, Jim emerged as a solo artist at MGM, charting minor hits with "Forgettin' 'Bout You" and "Woman Woman" in 1974 and 1975. Unfortunately, MGM Records had entered a period of steep decline from which it would never recover, and he had to wait until 1982, after signing with Noble Vision, to recapture momentum to his recording career. During the interim period, he was reunited with his brothers in Nebraska -- Chuck, who had suffered a stroke and temporarily lost his voice, had become a talent manager, handling singer/songwriter (and sometime novelist) Kinky Friedman, and Tompall managed the studio he'd founded. They were initially brought back together by the illness of their father, and they later had a musical reunion, which yielded a number three hit with their version of Kris Kristofferson's "Lovin' Her Was Easier (Than Anything I'll Ever Do Again)" and a Top 20 single with "Just One Time."

The brothers split up again professionally in 1982. That year Jim hit the Top 20 country listings with "When You're Not a Lady" for Noble Vision, and he had similar success a year later with "The Man in the Mirror," which became the title track of his first album for the label. "If I Could Only Dance With You" also made the Top Ten, and Glaser had his first number one hit in 1984 with "You're Gettin' to Me Again," which rode the charts for half a year.

Everything looked promising for Glaser's future, but the merger of Noble Vision with MCA in 1984 seemed a harbinger of bad times ahead. Glaser continued with the label, but enjoyed relatively little success from 1984 onward, and he was dropped by the company in 1985, despite his past success. More recently, Glaser has continued performing his own songs and also includes a "Tribute to Marty Robbins" (who passed on in 1982) in his concert set, a recognition of the years that he and his brothers put in working with the country music legend.

Me and My Dream

The Man In The Mirror

Everybody Knows I'm Yours (Vinyl)

Past The Point Of No Return (Vinyl)