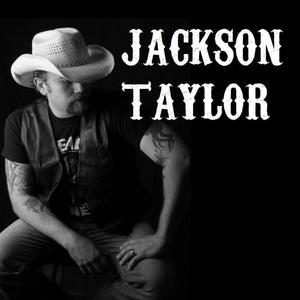 Jackson Taylor is a story teller, plain and simple. Jackson Taylor tells stories about what he knows -- life. Jackson's lyrics paint tales of lives filled with passion and joy as much as of a life tainted by sorrow and disappointment ? his life. Jackson sings of heaven and hell, beauty and grit ? Jackson sings of real life. Born one of eleven siblings to parents of migrant workers, his life began in Moody, Texas, a small town just north of Austin. It was a nomadic existence stripped of the comforts and security that most take for granted.

Jackson's roots instead became deep seeded in his love for music, a passion passed on to Jackson at an early age by his father who would steal away whenever possible to see and hear country greats like Waylon, Willie, and Billy Joe Shaver perform, often with Jackson in tow.
Jackson's adolescence was spent bouncing from one migrant labor town to another, finally settling in a small farming town in Washington State. After graduating high school, he moved back to Texas for a while but soon left to try and make his mark in Nashville. There, Jackson found work as a songwriter, but life for Jackson was still a steep uphill climb, and after a couple of tough and frustrating years, Jackson had to face the hard truth that Nashville was not the ?home? for which he had spent his whole life searching.
From New York City to Los Angeles, Jackson has finally found his rightful home, ironically right back where his life began -- in Texas.
Combining his real life experiences with old school country elements, and throwing in the flavors of punk and southern rock to create a style all his own, Jackson Taylor continues to break the rules of traditional country music with his straightforward lyrics, "take it or leave it" approach, intense live performances, and the drive and determination of a freight train. The end result can not be pigeon holed into any style and can only be rightfully defined as what it is: ?Jackson Taylor Music?.
Billy Joe Shaver summed up it up best when he said, ?Jackson's songs are so real and honest, you know straight off he's been there and done that. He writes and sings like he lives, great songs that I believe will live forever."

Which Way Is Up