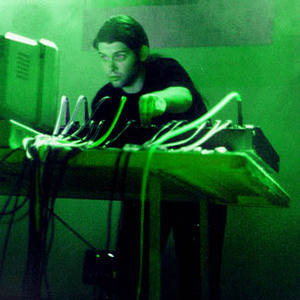 Imminent Starvation was founded by Olivier Moreau, who has been its only member since its inception. In 1999, Moreau destroyed his mixing table, and gave away its pieces with the limited edition of his release Nord. Shortly thereafter, the name Imminent Starvation was shortened to just imminent. Moreau participates in a number of side-projects and other collaborations, such as Axiome, Myrza, Ambre, Delta Files, 2 Be Freak, Torsion, and Urawa.

Moreau participates in a number of side-projects and other collaborations, such as Axiome, Myrza, Ambre, Delta Files, 2 Be Freak, Torsion, and Urawa.

Imminent Starvation forges industrial-strength techno with barbaric schizophrenia;
like download on dust, armed to the teeth. Impenetrable walls of distorted technoid rhythms constructed atop a foundation of horrific soundscapes: it is in this surreal foundation that the true genius of this psychotic Belgian lies. The structured brutality of the rhythms is great for dancing, but the underlying atmosphere is the most impressive facet of these excursions. Nightmarishly hallucinogenic, exploring the darkest reaches of the psyche; blurring the lines between your darkest fantasies and your most dreadful fears. Whether you dance or kill, imminent starvation provides the perfect soundtrack. To be classified as tecknoir. intelligent, technoid industrial & ambient noise.
-from ant-zen.com (text by the album human dislocation)