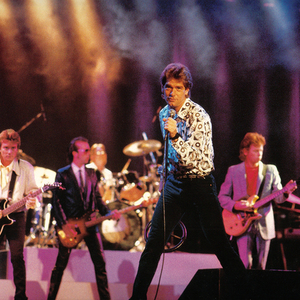 Huey Lewis & the News is a Academy Award-nominated American rock band based in San Francisco, California. Their greatest success was in the 1980s, when they were one of the most popular music acts of the decade and released several gold and platinum albums. The band is known for writing simple, light-hearted songs from a working-class perspective and typically appealed to yuppies and baby boomers.

Combining a rock (and sometimes, a blues rock) backing with harmony vocals and Lewis's voice, Huey Lewis & the News had numerous hit songs during the 1980s and early 1990s, including "The Power of Love" and "Back in Time" (both of which were featured in the film "Back to the Future"), "I Want a New Drug", "Doin' It All (For My Baby)", "Do You Believe in Love?" "Hip to Be Square", "Stuck With You", and "Jacob's Ladder". Huey Lewis shared three Grammy awards, an American Music Award, and a People's Choice Award along with several artists for his role singing the 1985 charity song "We Are the World".

The track 'Hip to Be Square" features prominently in the 2000 movie "American Psycho", starring Christian Bale as serial killer Patrick Bateman. In both the film and the book it was based on, Bateman is a hardcore fan of the band.

Time Flies... The Best Of Huey Lewis & The News

The Heart Of Rock & Roll: The Best Of