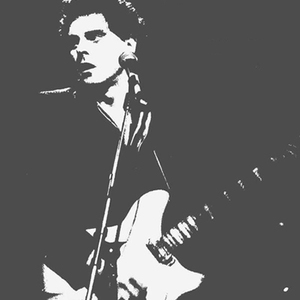 Raised by his adoptive parents in southern New Jersey, D. L. Byron (born David Byron), became enamored with the Beatles, the Byrds and Bob Dylan at an early age. When he wasn't busy getting thrown out of a string of exclusive prep schools, Byron formed several teenage garage bands and won a number of poetry competitions. Deciding to pursue his music career in earnest, Byron moved to New York City in February of 1971.

After working briefly at the Colony Record shop (located on the ground floor of the Brill Building) and living in a $45 per week fleabag hotel, Byron managed to catch the tail end of tin pan alley, procuring a $75 a week job as a staff writer for E. H. Morris. While there, he met and was influenced by greats like Harold Arlen, and began to perform at open mic nights around New York. In 1979 Clive Davis and Arista discovered Byron and signed him, hoping to find success with an American version of Elvis Costello or Graham Parker. In 1980, D. L. Byron released This Day and Age, which became an instant power pop classic. Produced by Jimmy Iovine and featuring members of Billy Joel's band, the record contained ten tracks of energetic pop/punk in the vein of the Jam's In the City and Elvis Costello's Armed Forces. The album spawned a Top 40 hit and popular MTV video with the first single, "Listen to the Heartbeat." Byron toured the U.S. heavily in support of This Day and Age, both as a headliner and as an opening act for Bob Seger (on his Against The Wind tour) and the Boomtown Rats (on their Fine Art of Surfacing tour). Shortly afterwards, Byron recorded a version of "You Can't Hurry Love" for the R.S.O. Records soundtrack to the Tim Curry vehicle Times Square, which also included songs from the Cure, XTC, Joe Jackson, Suzi Quatro, Lou Reed, the Ramones, Roxy Music and others. Arista also released a 12-inch single version of Byron's remake of "Down in the Boondocks," which featured Billy Joel on backing vocals. Soon afterwards, D. L. Byron began recording demos for his second Arista album. One of these songs, which Byron planned to use as the lead single for the album, was "Shadows of the Night." Arista, however, told Byron that "Shadows of the Night" and the other songs were not commercial enough and promptly put him on suspension for a year. Later, several other artists recorded "Shadows of the Night," the most famous of whom was Pat Benatar. Benatar used the song as the opening track on her 1982 Get Nervous LP, which went on to sell over four million copies. "Shadows of the Night" won the 1982 Grammy Award for Record of the Year and has since been included on several compilations and "greatest hits" packages. Disillusioned by Arista's lack of foresight, Byron asked to be released from his contract and the label complied. Byron then decided to concentrate on his writing and, although plagued by personal problems and drug abuse, managed to place songs on Never Run Never Hide by Benny Mardones (a gold record), Lights On by Price-Sulton, the self-titled record by Drive She Said, and others. In the early '90s, Byron completely renounced drugs, delved seriously into various forms of spirituality and successfully located his birth mother (interestingly enough, Byron found that his real grandfather had owned the music store where he bought his first guitar). He then began performing and recording again, releasing Exploding Plastic Inevitable on Zen Archer/Fountainbleu Records in 1998. The new album had a much folkier slant than This Day and Age, (drawing critical comparisons to Marshall Crenshaw and Tom Petty) although Byron's pop songwriting chops were fully intact. In 1999 Byron undertook a U.S. tour co-headlining with two other Fountainbleu artists, began writing material for a new album and recorded a song for a Gene Clark tribute album.

This Day And Age (Vinyl)