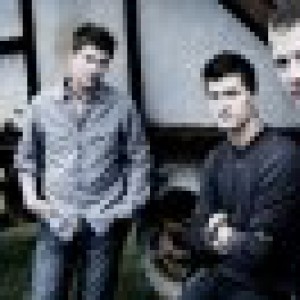 There's always been a strong connection between country and Christian music, and few acts better exemplify that unique bond than High Valley. With a fresh, engaging sound that combines the best of contemporary country with compelling faith-based lyrics, High Valley is truly the best of both musical worlds. ?We always describe ourselves as Dierks Bentley as a trio. It's that new country kind of vibe,? says Brad Rempel, who along with his brothers Bryan and Curtis comprises High Valley ?It's not as pop as some contemporary country.

?We always describe ourselves as Dierks Bentley as a trio. It's that new country kind of vibe,? says Brad Rempel, who along with his brothers Bryan and Curtis comprises High Valley ?It's not as pop as some contemporary country. Our music is a little more organic, a little more acoustic. We grew up singing harmony as a family and in church. There was always harmony and acoustic instruments, so our live show features a mandolin, an acoustic guitar, a bass guitar and three part harmony.?

The Canadian trio has opened shows for Brad Paisley, Keith Urban, LeAnn Rimes and Reba McEntire, earning a solid reputation as a must-see live act. High Valley's last album, ?Broken Borders,? was named Album of the Year at the 2007 GMA Canada Covenant Awards in the country category while their hit ?Back to You? was honored as Country Song of the Year. High Valley has also been among the nominees for Group of the Year at the Nashville-based Inspirational Country Music Awards.

?There's a huge part of the population that really loves positive faith-based country songs. People want to hear songs with faith and hope instead of desperation and despair, and it does seem like there's been a spike in the last few years,? Brad says referencing such faith-based country hits as Carrie Underwood's ?Jesus Take the Wheel? and Brooks & Dunn's ?Believe.? ?People are searching just a for some encouragement and something to believe in.?

High Valley serves up that kind of music. Skilled musicianship combined with the sibling's soaring harmonies create a fresh sound that has attracted a legion of enthusiastic fans from Canada to Central America, where the group has a strong fan base in Belize. ?We've done 60 or so dates in Central America,? says Bryan. ?Our sister used to teach at a Christian school there and she gave our CD to a radio station. The station invited us to come and tour. We've been back five or six times.?

The Canadian-born siblings grew up in Alberta on a farm in the rural community of La Crete. ?When you leave Nashville, if you get to the Canadian border, you are only half way home,? says Brad with a laugh. ?La Crete is parallel with Juno, Alaska, just as far north as Juno. Right now you can either cross the river on an ice bridge--so you are actually driving across the river--or you can take two and a half hours worth of gravel road to get there. It's a pretty remote little town.?

The Rempel family relocated to Canada in a rather unusual fashion when the siblings' paternal grandfather loaded his family onto a truck and drove them from Mexico to Canada. ?Our parents were both born in Mexico in a Mennonite colony where they rode horse and buggy and had no electricity,? says Brad. ?Then our grandfather bought an old gray truck and as a result, he got kicked out of the colony because that was against the rules to have a vehicle. So he packed up the family and immigrated to Canada with the family in the back of this truck. There were two families, four adults in the front and 20 children on the box and that's how they made their move all the way to Canada.?

Life on their farm was dominated by faith, family, hard work and lots of country music. ?We always heard Diamond Rio and Ricky Skaggs growing up,? says Bryan. ?I love Blackhawk and I always liked listening to the Everly Brothers on the record player. George Jones was played a lot too.?

It didn't take long for the brothers' own musical aspirations to develop and they knew very early on what they wanted to name the band. ?When I was a kid, I had a little tape recorder I used to do mock radio shows,? recalls Brad. ?I was the deejay. I was the band. I was the advertising company and everything. The band was always called High Valley. So when we started our band, we just kind of naturally called it High Valley because that's what I called every band in my little radio show.?

Brad was only 12 when the group began performing and Bryan was nine-years-old. Curtis, the youngest sibling, joined the group later on. The brothers performed at Bible and church camps then graduated to opening dates for major country acts such as Canada's top country artist Paul Brandt. ?In 2001, we recorded for the first time in Nashville,? says Brad, ?and the following year we spent 110 days on the road, even though we were still in school and had part-time jobs.?

The siblings have always enjoyed connecting with people and sharing the gospel with a hurting world. ?We play quite a few churches, but I've always wanted to be able to sing the music that we sing to an unsaved audience, people who haven't heard the message of Jesus Christ,? says Curtis. ?That's who we want to sing to and that's the reason we sing.?

?Our goal has always been to show the light of Jesus Christ to the world,? adds Brad. ?We want to offer a positive, faith-based version of the new country sound. That's why we play a lot of mainstream festivals, sharing stages with Carrie Underwood, Keith Urban, and Brad Paisley.?

In working on their Centricity debut, the members of High Valley want to record songs that will both inspire and entertain. Brad has been busy collaborating with some of Nashville's top songwriters, among them Cindy Morgan, Tony Wood and Joel Lindsey.

?We recorded a song called ?Been Through The Water' and it says, ?Don't wear your old shoes on your brand new feet when you've been through the water,'? Says Brad. ?We feel that song really speaks for itself--once Jesus has changed your life, let the world see it and make sure there's a difference.?
Curtis agrees. ?The Bible it says that our gifts are gifts from God and we need to give them back to him,? he says. ?We want to use the gifts that He's given to us to honor Him and to expand the Kingdom and just to sing to people who need to hear the message.?

Grew Up On That

Love Is A Long Road