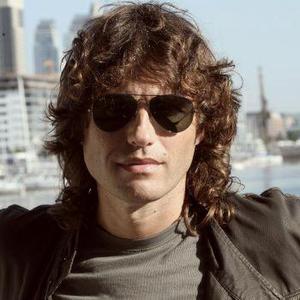 Hern?n became a DJ after being inspired by a collection of Chicago house records brought back from America by a friend, featuring artists such as Frankie Knuckles and Inner City. This music played a role in the music he now plays. Hernan describes the music he plays as deep, progressive, funky and tribal house. In 1996, he won the residency at Clubland Pacha in Buenos Aires. His performances were a great success and led to Cattaneo being invited to DJ at clubs around Latin America.

In 1996, he won the residency at Clubland Pacha in Buenos Aires. His performances were a great success and led to Cattaneo being invited to DJ at clubs around Latin America. Clubland eventually attracted big-name DJs, such as Sasha, John Digweed, Dave Seaman and Paul Oakenfold who played alongside Hernan. Oakenfold was impressed and signed Hernan Cattaneo to his Perfecto Records label and they toured together in Europe and the United States from 1997 to 1999.

By 2000, Cattaneo was a major name on the world club circuit. Underground releases entitled Clubland Vol. 1 and Vol. 2 created an underground buzz. Also, a DJ magazine released one of his mixes called Funky, Deep & Tribal in 2001. In 2002 he produced the international hit "Deep Funk", released his first mix compilation entitled "Perfecto Presents South America" on Paul Oakenfold's label, and won the "Best Newcomer DJ" at the Pacha Ibiza Awards. Since releasing his first compilation, he has played about 200 shows a year on every continent around the world.

As a DJ with an ever increasing fanbase, he rose to #22 and then to #6 on the DJ Mag poll of the Top 100 DJs. In addition to appearing repeatedly on John Digweed's Kiss 100 Show due to great reviews of his mixes, Hernan also has a weekly residency show in London that is broadcast on MetroDance 95.1 FM (in Buenos Aires) every Saturday and subsequently enjoys great success. In early 2004, he followed up his first mix compilation with the Renaissance Master's Series Volume One, after which he toured extensively promoting the album on the Renaissance Master's Tour. In early 2005, Hernan released the Renaissance Master's Series Volume 2, to great success both critically and among his growing fanbase.

Cattaneo is a major supporter of other South American producers and DJs that have been influenced and inspired by him, including: Oliverio, MOS, Deep Mariano and Mart?n Garc?a. He is also known for bringing relatively unknown tracks to the forefront in his mixes; this is usually because the producers of these tracks allow him access to them before they are even released through their own labels. 2005 included a major production release by the name of Warsaw (on John Digweed's Bedrock Records), remixing work on numerous tracks with John Tonks as well as extensive worldwide touring. His fourth compilation and his third for the Renaissance imprint, entitled Sequential, is up for release in April of 2006. Due to a very busy schedule, the creation of Hernan Cattaneo's own label has been put off for quite some time. According to Cattaneo, this label would feature producer and DJ talent from around the world, but most prominently South America.