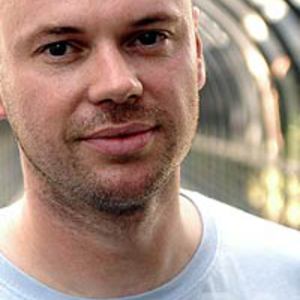 MOST DJs fall into club-life by accident due to their love of music. Not Dave Seaman. He decided he wanted to become a DJ when he was eight years old ? and Played his first gig at 12. All his DJ dreams have long since come true, but he's never lost his enthusiasm or his creative drive. Seaman has headlined clubs on every continent ? he is one of the UK's most travelled, most creative, and most celebrated DJs in the world.

In Japan he was photocopied in a life-sized Xerox for a Levi's advert; in Australia he presented an episode of the BBC's Choice World Clubbing programme and was later profiled for Channel 4's 4DJ series. His Global Underground mix albums have come from Melbourne, Cape Town and Buenos Aires.

He's DJed for a Stella McCartney birthday party, got drunk with Robbie Williams, and lived in New York. As half of Brothers In Rhythm, he produced for Kylie Minogue & the Pet Shop Boys, remixed U2, Michael Jackson and Dido. He was the defining first editor of Mixmag and a resident DJ at Shelley's, the legendary acid house club that launched the career of Sasha. He was there at the beginning of the British dance music revolution and he's still one of its leading proponents today, his contagious enthusiasm unabated despite this glittering career.

Today Dave Seaman is more energized than ever - because he recognizes that British dance music, having gone back to its underground roots after a period of upheaval, is entering a renaissance. Outside of the mainstream, away from the UK's transient pop-culture fashions, cool new scenes are forming in cities all over the UK. ?We're entering a new phase. Dance music in the UK needed to implode - the great acid house detox,? Seaman says. ?We shed all the dead wood and hangers on. I feel like I'm starting again almost. It's very exciting.?

Consequently Dave has spent the last year in a creative whirlwind. He's about to release the second volume of his Audio Therapy mix series, with Luke Chable, for Renaissance. His Group Therapy production alias with studio legend Chad Jackson has produced barnstorming remixes for the Scissor Sisters, Tears For Fears and Starsailor. Group Therapy aren't just about remixes, either. Their singles ?My Own Worst Enemy' and upcoming release ?Something To Believe In' pitch singer Natalie Leonard's hypnotizing vocals over sleekly funky melodies and pumping club beats. Group Therapy's high-octane fusion of vocals and strong-arm licks with pumping dance beats neatly updates Brothers In Rhythm's club-anthem sound. ?We've been working with a lot of vocals - and that live rocky sound. Lots of guitars, but quite bleepy as well,? says Dave. ?The idea is to make it accessible to More than just the underground. If you can give things mass appeal, but with more depth when you look beneath the surface, then there's more substance.?

Born and bred in Leeds, Dave famously won his first career break in a competition. He was a member of the groundbreaking DJ organization DMC when he won a trip to the New Music Seminar ? then the world's leading music conference, held in New York. DMC bosses were unsuccessfully queuing at the door for Nell's - at the time NYC's hottest club ? when the cheeky Leeds teenager, who'd befriended a bouncer, popped out to lead them past a throng of irate clubbers, industry big-wigs, and hot-shots into the venue. They were impressed enough to offer him a job as editor of their in-house magazine, Mixmag. Dave's early work helped establish the magazine as the world's leading dance music title - a role it still occupies today. And he used the magazine as a springboard to his DJing career. So when Mixmag photographer Gary McLarnen opened a club in Stoke-On-Trent called Shelley's, Dave found himself warming up for Sasha. Shelley's quickly became legendary in early 90s clubland ? and Dave's DJing career was up and running.

Seaman is unique among leading DJs for his versatility: his ability to work within different genres without compromising his distinct musical identity. He is world-renowned as an underground dance DJ, yet as half of Brothers In Rhythm with production genius Steve Anderson he worked with some of the biggest names in mainstream pop. In the early 90s Brothers In Rhythm created classic club anthems like ?Such A Good Feeling' and ?Peace And Harmony' ? not to mention an unforgettable remix of Sabrina Johnston's ?Peace In The Valley' - that soldered euphoric soul vocals to blistering house beats. These were tracks that helped define a golden age for British dance music, and which quickly brought Brothers In Rhythm to the attention of the Pet Shop Boys. ?Such A Good Feeling' was Chris Lowe's favourite record of 1990: Brothers In Rhythm suddenly found themselves chucked in at the deep end, producing ?Go West', ?Was It Worth It' and ?DJ Culture' with the Pet Shop Boys at some of London's plushest studios.

Brothers In Rhythm worked on Kylie Minogue's ?Impossible Princess' and ?Kylie Minogue' albums, writing tracks like ?Did It Again' and the beguiling, atmospheric ?Confide In Me'. ?Probably the song we've made I'm most proud of,? Dave says now. They were in the middle of the fan frenzy that surrounded Take That!, one of the 90s biggest pop bands, producing the ?Nobody Else' album and tracks like ?Never Forget' and ?Sure' while fans tried to scale studio walls and Dave enjoyed wild nights out with one of the band's most charismatic members: Robbie Williams.

In 1998 Dave moved to New York's East Village for a while. Back in the UK in 1999 he started Audio Therapy with a gang of like-minded music lovers ? and the company has since become home to an A-list team of DJs and producers. Dave's links with Melbourne's vibrant club scene has brought in key talent like the innovative DJs and producers Phil K and Luke Chable and hotly-rated live electronic act Infusion, alongside leading UK names like Lexicon Avenue, Jonathan Lisle and Pete Gooding. The company has also worked with international DJs like James Holden, Timo Maas and Anthony Pappa as well as groups like Slacker, Evolution and The Light.

Audio Therapy is also a leading independent label ? home to Dave's Group Therapy project, as well as a roster of diverse talent that covers all bases from progressive through to breakbeat and the funkier styles of French house. It's an imprint that's kick-started the recording careers of Infusion, Habersham, Ernest Saint Laurent and Stel. With a set up like this behind him, it's no surprise that Dave is now tailoring back his international DJ commitments to focus more attention on his recording career.

But he remains a star DJ with an enviable, international reputation, and his disarming Northern humour means this never goes to his head. On his website, he presents a cheeky snapshot of himself with a more famous namesake: former England goalkeeper Dave Seaman. It's typical of an approach to music and business that have kept DJ Dave Seaman's feet on the ground and his audience's hands in the air.

?It's about having fun, but understanding that the music has got depth as an art form. Finding that balance. I try to put that ethos into the records that we make and into the DJing that I do,? he says, ?trying to give dance music an identity beyond the underground.? This instinctive understanding of what clubbing is really about means Dave Seaman is perfectly placed to enjoy dance music's creative revival. ?Acid house is dead,? he enthuses, ?long live acid house. Here we go again!