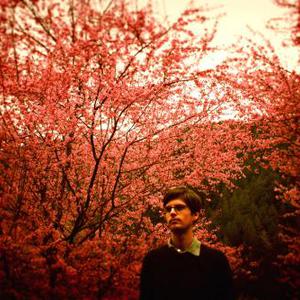 Raised in rural Lancaster, Pennsylvania, Keith started playing drums, guitar and bass at a very young age. He played in a variety of touring bands, from rock to jazz and classical, and took influence from each situation, learning from the successes and inevitable failures, discovering his musical likes and dislikes. He was finally drawn to study percussion at Boston's prestigious Berklee College of Music.

He took a keen interest in film, taking time to study it whenever he could to broaden his knowledge of independent and world cinema and filmscore. Through his interests in music and film, Keith developed a sense of space and restraint, which are evident in his musical projects.

His primary musical venture is the solo project 'Helios', showcasing his skill in percussion, his delicate touch on the guitar, his measured and spacious songwriting, and his self-taught electro-acoustic production.

Miami-based label merck released his first album entitled 'Unomia' which went on to receive international acclaim. Less than a year after Unomia had hit the shelves, another of Keith's projects, 'Goldmund', saw the light of day with the release of 'Corduroy Road', a selection of solo piano recordings released on the young British label Type Records. This album was also well received internationally, and some of its tracks have been used in films and major television series.

June 2006 marked Keith's third full-length release on Type Records entitled 'Eingya', his most ambitious to date. Taking influence from his interest in cinema, and his extensive European travels, the resulting album is a stunning work of instrumental beauty.

The brief but breathtaking 'Ayres' EP released again on Type Records in 2007 introduces his timid, but very comfortable and intimate vocals for the first time, and marks the addition of yet another brilliant recording to his growing body of cathartic and haunting artistry.

His third album Caesura, a return back to the musical landscapes of Eingya, was released on Type in 2008. Keith has also written music for Honda, MTV, Deutsche Telekom, Audi and others, and can be heard on a number of documentaries and films such as Harmony Korine's film "Mr. Lonely".

Keith is currently working on a new project with his wife, Hollie, called Mint Julep and will release their new album "Save Your Season" in 2011.

The German electronic pop band Helios was formed by Frank & Silke R?ssel, Ricky M?ller and Martin Blechschmidt in 1997. In 2000 they signed a contract with Strahlenland Records and released their debut album, Virtually Tempted. They performed at several dancehalls and big clubs to promote their first release. In 2003, Silke and Ricky leave the band. In 2003 Helios plays their first show abroad in France for a very enthusiastic audience. In 2005 they release their second album, Copy This Day, on Absolute Music.

At discogs.com as Helios (5) or Raphael Pepi. His first album is Aries Rising (July 2007). He is member of psytrance duo production Megadrop. Other info http://www.geomagnetic.tv/artists/sanfranpsychos1/helios.htm.

This Latin singer songwriter has traveled the world over, bringing his brand of pop fusion with him wherever he set foot. Hailing from the enchanted isle of Puerto Rico, Helios is poised to take the Latin music world by storm. This BMI songwriter has collaborated with the likes of Paoli winning producer Ruben Martinez and MusicOz nominated producer Leonie Pollie, of Australia. Presently living in Miami, Helios is working closely with the award winning production team of Alfredo Cevallos and Mike Swittel. This talented tandem has worked on projects with many of the industries biggest names, some of which include Ricky Martin, Cristina Aguilera and Nestor Torres, amongst many others. Helios's work with this acclaimed duo aims to touch and inspire all those who hear it.

An undergraduate student studying political science and the Classics at UCLA. He has been an amateur DJ for the past three years and has recently begun producing with minimal remixes and reworks. His favorite genres include nu-disco, indie dance or indietronic, and anything akin to the 1980s. For work he also spins tribal and other more minimalist subgenres of house. Some of his work is available at: http://soundcloud.com/iamhelios/