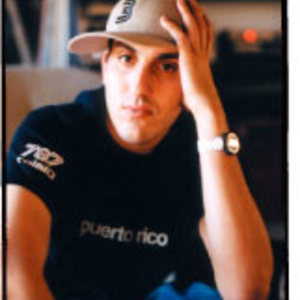 Greyboy is San Diego producer and DJ, Andreas Stevens, he makes spacy acid jazz with hip-hop roots. Also variously known as Dj Greyboy and also contributed to The Greyboy Allstars. "Soul Mosaic" is the latest Greyboy album, and was recorded 10 years after the release of "Freestylin'," the first Greyboy full-length album for Ubiquity. The tracks crafted into this fourth Greyboy album include groundbreaking territory for the Southern California based producer/DJ. For the first time he recorded full vocal songs adding a new soulful dimension to his music.

"Soul Mosaic" is the latest Greyboy album, and was recorded 10 years after the release of "Freestylin'," the first Greyboy full-length album for Ubiquity. The tracks crafted into this fourth Greyboy album include groundbreaking territory for the Southern California based producer/DJ. For the first time he recorded full vocal songs adding a new soulful dimension to his music. The trademark laid-back West Coast Greyboy beats remain central to "Soul Mosaic" but are now enhanced by collaborations with folks like Sharon Jones, Bart Davenport (Honeycut), and Bing Ji Ling.

A decade ago "Freestylin'" became a surprise underground hit, it was a building block of the early acid jazz movement and still holds cult status today. Since then Greyboy has released the equally jazz-based instrumental "Land of the Lost" and the soundtrack and hip hop inspired "Mastered The Art", which featured musicians and MCs in a prelude to the "Soul Mosaic" album.

Greyboy has recorded with AG (Showbiz & AG), and the Greyboy Allstars (whom he helped put together and produce). His music has been featured in movies like Get Shorty, Celtic Pride, The Kelly Slater Surf Pro video game, Budweiser commercials, and he was handpicked to provide a mix CD for DC shoes.

Over the years Greyboy has DJ'd in Japan, Europe, and across the USA. His largest DJ gig was to 5000 people in the countryside outside of Rome, but throughout the summer of 2003 he played to over 20, 000 people a night on tour with Ben Harper and Jack Johnson. His DJ philosophies have never changed, he practices to stay technically on top of his game but never practices a set for a specific night preferring to put together tunes and based on the vibe at each gig.

Working up the rough drafts for "Soul Mosaic" Greyboy recorded parts, solos, and lyrics with guests returning to the lab in his Long Beach home to deconstruct and sift through all the elements. And just like the aesthetic of Killingsworth, the well-known Case Study House architect who built the house which Greyboy recently restored (it was featured twice in Dwell Magazine), less is definitely more. In fact the process of restoring the home is not unlike his approach to making music. His mid-century modern building has been altered, remodeled and added onto over the years, Greyboy is currently putting it back the way it was supposed to be.

Vocalists like Bay Area underground favorite Bart Davenport sings on the two sold-out singles "To Know You is To Love You" and "Genevieve", cover versions of a Stevie Wonder tune (originally recorded by Syreeta) and Cymande respectively. "Genevieve" was nominated as one of the songs of the year by Radio 1's Worldwide host Gilles Peterson. East Coast based Sharon Jones has made a storming come back with Daptone Records over recent years and also appears on two tracks. San Francisco up n'comer Bing Ji Ling adds a lil' Shuggie Otis folksy soul and guitar while MCs like Mainflo (TVT), and musicians and turntablists like D-Styles and Ricci Rucker (Sound In Color) maintain the hip hop pressure, and Robert Walter and Karl Denson (of the Greyboy Allstars) add a touch of jazz. Rounding out the mosaic are co-producers like the UK-based Quantic and West Coaster Mike Andrews, who recently had a hand in the Christmas #1 spot on the UK charts with a version of Tears for Fears "Mad World" from the Donnie Darko soundtrack.

"I couldn't have done this when I recorded Freestlyin', working with artists from all around the world is one of the beauties of modern technology", says Greyboy