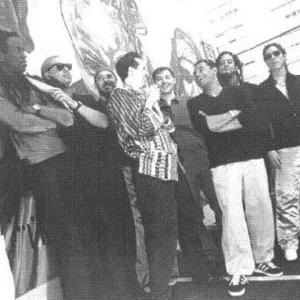 New York City's Groove Collective transcends musical categories with one goal in mind: to move listeners' minds and feet. For more than a decade, this legendary group of musicians has improvised and refined the stylistic crosspollination of funk, jazz, house, Latin, hip hop, rock and every party-inducing sound in between. The pioneering members of Groove Collective are fluent in the international language of "groove.

In-the-pocket drum and bass, colorful and vibrant horns, flavors of world percussion and intricate harmony all fuse together seamlessly under their watch. Groove Collective's innovative and refined sound is unparalleled. They are the masters of multi-hued funk. Billboard Magazine says that they "erase musical borders" and are "jazz/funk fusion at its most sublime."

When asked to describe the band, one member responded:

Groove Collective's impressive history began in the early 1990's as they fueled the growth of New York City's acid-jazz scene. They quickly became a staple of a budding underground club scene known for pairing DJs with live performers. This groundbreaking enterprise was run under the media and event production mogul that would eventually become Giant Step. Groove Collective crafted and popularized the fusion of jazz and funk, pioneering what is now referred to globally as "groove" music. Jon Pareles of The New York Times says, "Groove Collective's identity lies not in one fixed style, but in its capable hospitality to whatever might keep hips swaying."

It's All In Your Mind

Live ...And Hard To Find

Dance Of The Drunken Master