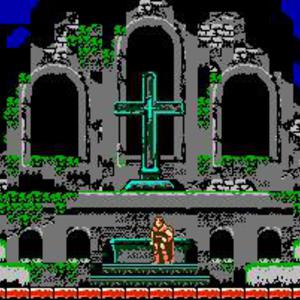 Goat is the name of more than one artist: 1:Goat are a collective who hail from a small and very remote village called Korpolombolo in deepest darkest Sweden. Legend has it that for centuries, the inhabitants of the village of Korpolombolo were dedicated to the worship and practices of Voodoo. This strange and seemingly unlikely activity was apparently introduced into the area after a travelling witch doctor and a handful of her disciples were led to Korpolombolo by following a cipher hidden within their most sacred of ancient scriptures.

1:Goat are a collective who hail from a small and very remote village called Korpolombolo in deepest darkest Sweden. Legend has it that for centuries, the inhabitants of the village of Korpolombolo were dedicated to the worship and practices of Voodoo.

This strange and seemingly unlikely activity was apparently introduced into the area after a travelling witch doctor and a handful of her disciples were led to Korpolombolo by following a cipher hidden within their most sacred of ancient scriptures.

The reason it led them there is unknown, but their Voodoo influence quickly took hold over the whole village and so they made it their home - there, they were able to practice their craft unnoticed and unbothered for several centuries.

This was until their non-Christian ways were discovered by the Church and they were burned out by the crusaders, the survivors cursing the village over their shoulders as they fled. To this day, the now picturesque village of Korpolombolo is still haunted by this Voodoo curse; the power of the curse can be felt throughout the grooves of this Goat record.

Discography: 1 7'' on rocket recordings so far

2:Goat formed in February of 2010 and consists of, Lowell Thomas, Josh Andrews, and Zach Sorenson. Lowell has been playing and writing his own music since he was in high school. Josh has played guitar since high school. Since Lowell and Josh have been playing together, off and on for the past few years, they have played with quite a few drummers. Zach has been playing drums since he was a kid and started a cover band with a few friends and played for fun. Goat is a band from Chico, Ca.
Website http://www.thedangboat.com
Myspace http://www.myspace.com/thedangboat
Facebook http://www.facebook.com/pages/Goat/156102751075608

3: With the motivational drive of a predator, GOAT, born Justin Griffith, has been consistently building a respectable reputation as a well-rounded artist since 2005. Hailing from Dallas, TX, GOAT (G.rades O.f A.bsolute T.ruth) represents a mature and classy side of melodic hip hop with a rock tint, which has yet to be seen in the mainstream. PegasusNews.com states, ?Each of his songs takes on its own distinct flavor, pulling from varied musical and lyrical sources.? When writing, GOAT is a focused musician carefully crafting each phrase to perfection. On stage, he immediately attracts his audience with an inviting, endless energy.

Aside from GOAT's guitar obsession at the age of 12, his passion for writing quickly progressed into lyrical expression. After collaborating and performing in rock, blues, and metal bands throughout high school, he soon realized that his hunger for success outweighed that of anyone around him. GOAT began producing solo material that evolved toward hip hop, but he thirsted for more knowledge of the recording industry. Without skipping a beat, he ventured on to study audio engineering and music production at The Recording Workshop in Chillicothe, Ohio (2001). After returning, he continued honing his performance skills by studying Classical Voice at The University of North Texas in Denton, where he graduated with a Bachelor of Music Degree (2005).

While desiring to help unify the D/FW scene for a philanthropic cause, GOAT founded Hip Hop Helps Heal, or H4, in August of 2008. H4 is a non-profit organization built on the love of music, where egos are left at home and people become selfless. They pledge to throw two events annually to financially aid specific concerns of the community, such as hunger, disease, and abuse.

GOAT's professionalism is at its peak, and his obsessive-compulsive tendencies fend for a keen sense of self-reflection; therefore progression is definite. He recently solidified a 5-piece band to accompany him at special events. Their debut performance was in August of 2008 at the Hip Hop Helps Heal Breast Cancer Benefit Show. A West Coast Tour can be expected from GOAT and three6t in July of 2009 to promote the duo's release of Mileage, which will include a guest appearance by Young Bleed. Though currently teaching music at an elementary school, GOAT is still in full pursuit of his life-long goals. The ultimate objective is to make a living creating music, but judging from his persistency, it won't stop there. According to LIT Monthly, ??you'll learn that, in this incarnation, G.O.A.T. ain't playin'.?

5. Goat is unique trio from Seattle. With an arsenal of loops and electronic gadgetry combined with woodwinds, electric guitar and drum set, Goat spans elements of rock, jazz and modern classical music. Their music is accessible to a large variety of audiences as they combine seemingly disparate genres of music, creating a distinctive soundtrack.

6: Goat were a blues styled hard rock act from the United Kingdom who released the EP "As You Like" in 1990 and the album "Medication Time" in 1991 on Beggars Banquet Records (BEGA 119 CD). Goat were singer Marcus Vandell , guitarist Adrian Oxaal (who notably later went on to play with the very successful Manchester band James) and drummer Ambrose Lovejoy. The EP "As You Like" was produced by the bassist of The Cult Jamie Stewart and Goat toured with The Almighty.
http://www.discogs.com/artist/Goat+(5)
http://musicbrainz.org/show/artist/?artistid=376735

7: Another incarnation of Goat is a danish band, which is the brainchild of frontlung and madman, Lasse "Geen" Bak.(former member of Danish death metal act, Illdisposed)
Their style is a mix between Death, punk, noise and black metal.
The style has in some circles been called "baconcore". (more to come on this artist)

8: Andy Rosen, stage name Goat, is an American singer, best known for his song Great Life which appeared on the soundtrack of the film I Know What You Did Last Summer. The same song is perhaps more recognizable from its repeated airings in a Kia Sportage broadcast beginning in 2004 and played as people of various stripes toss the car keys to one another. Born in Cleveland, Rosen's father Al Rosen was a star third baseman for the Cleveland Indians.

10.Chris Gates, better known as goat, is a video game remixer who has many many power metal and synth metal remixes of songs from Castlevania, though he has also remixed several other games including Final Fantasy 4 and Super Metroid, and he has created some originals. His website hosts copies of most of his songs, including his recently finished project "Unchosen Paths", which remixes the entire soundtrack of Castlevania 3, and also its prequels in two bonus medleys.

I Sing In Silence (CDS)