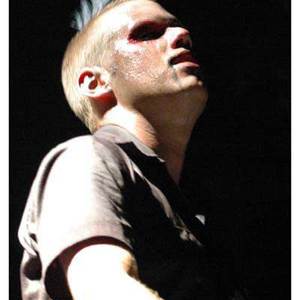 Glis, named after glissando, is a futurepop / ebm band from Seattle. The band was started in 2001 by Andrea Ashdown and Shaun Frandsen. They released their debut album, Extract, in 2002, and were signed to Alfa Matrix records. In September of 2003, after Glis' second release, Andrea left to form her own musical project, Audiodoll. Shaun continued as the sole member of Glis, collaborating with such industrial music luminaries as Delobbo, Haujobb, Lights of Euphoria and NamNamBulu for his projects. He also wrote and performed most of the music for Ayria's 2003 debut album Debris.

In 2005, Glis was joined by Jean-Luc De Meyer of Front 242 as vocalist for the new album Nemesis.