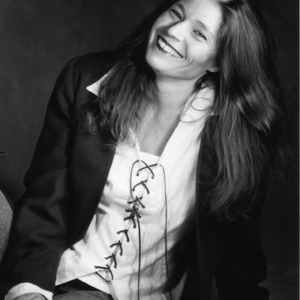 Ambient, Flute, I Should Keep An Eye On This One, New Age, Underrated

Gentle Thunder's musical journey began at the age of fourteen in Kirkland, WA as a rock-roll drummer and by the age of seventeen she was playing professionally. Largely a self taught musician Gentle Thunder began recording and for years was the driving force behind several Seattle based original bands. Her recording career as a drummer took her to Memphis, TN for two years. While in Memphis she became captivated by the hammer dulcimer and her Native American Cree Ancestry.

Her recording career as a drummer took her to Memphis, TN for two years. While in Memphis she became captivated by the hammer dulcimer and her Native American Cree Ancestry. It was connecting with her ancient roots that opened the door to her spiritual path as she "remembered" her interconnectedness to ALL life and began to conciously walk the beauty way.

Hence, a new life and musical path opened and so she let go of her familiar path, took a leap of faith and moved to Mt. Shasta, CA where the ?voice? of her spirit expanded ? performing with Shasta Taiko, playing hammer dulcimer, piano, ceremonial drumming, and Native American flute.

Having performed in the U.K., Canada, U.S., Greenland and Europe, Gentle Thunder has obtained an international following with her distinctive style and heart-filled presence. Her solo recordings: Awakening Remembrance and Winds of the Heart, have touched the lives of many and charted in the top 100 New Age Reporter.

In 2005 she teamed up with kindred spirits, award winning artists and multi-instrumentalists extraordinaire, Will Clipman and AmoChip Dabney, and brought her third release Beyond Words to life. Beyond Words spent 9 months in the top 100 and charted 27 for the year in the 2006 top 100 New Age Reporter, nominated Best Native American Album in New Age Reporter's Lifestyle Awards, nominated for Best Contemporary Instrumental Album at the 2006 Indian Summer Music Awards and now 2006 GRAMMY? nominee for Best New Age Album.

At last, an album and a live performance that eloquently weaves all of her musical voices together, showcases her versatility and celebrates the path of a woman blazing her own trail in the world of music. Whether in collaboration with other artists or performing solo, Gentle Thunder is deeply dedicated to walking a path of beauty, honoring all life and bringing the vision of wholeness to all she does.