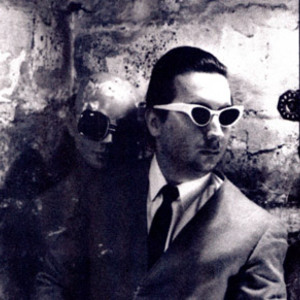 Hailing from Endicott, NY, Gary Wilson is an archetypal figure in the "outsider music" movement with other artists like The Shaggs and Jandek as its most notable members. Gary Wilson first came onto the scene in 1977 with "You Think You Really Know Me," which he recorded alone in his parents' basement. Using synthesizers and spinning disturbing tales of obsession with different women, Wilson's record had no effect on the mainstream but its cold detachment and electro-funk aesthetic was a hit with the college radio stations.

According to allmusic.com, this album was the one that made KAOS in Olympia, WA the independent music bastion that it is today. Wilson's "hit" was 6.4= Makeout, a song about attempting to make out with a minor (she's 16) which received much airplay on college radio stations around the country.

Wilson played live shows with a backing band entitled the Blind Dates. One of their gimmicks was to cover themselves in flour. Wilson would not show his face, preferring to wrap his head in gauze and wear sunglasses, a tradition that he continues now at his live shows. Wilson played with the Blind Dates until 1981, at which point Wilson went into self-imposed exile.

20 years later, in 2002, Motel Records re-released "You Think You Really Know Me" after gaining permission from Wilson, who was 50 and working in an adult bookstore while playing in a lounge act at Rancho Bernadino Lounge in California. Everyone perked up this time around and Gary Wilson sold out shows in New York and Los Angeles along with receiving raves from the New York Times. In 2003, following the groundswell, an album of unheard material and 7 inches from 1973 to 1982 entitled "Forgotten Lovers" was released, which features a lot of the work that Wilson did with the Blind Dates.

In 2008, Wilson followed up his Stones' Throw release with his third full-length album Lisa Wants To Talk To You. The album was released on L.A.-based Human Ear Music and is a more straightforward affair than previous albums.

The King Of Endicott

Lisa Wants To Talk To You

You Think You Really Know Me (Vinyl)