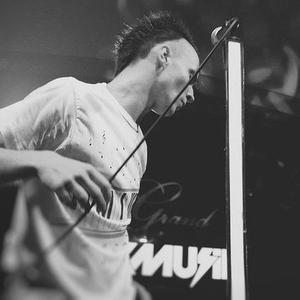 Frankmusik (birth name Vincent James Turner) is the stage name of a producer, songwriter from Thornton Heath, South East London, England. According to Songfacts, "Frank" is derived from the surname of his grandfather, whose name he took in tribute. One day, he decided that it was high time that he made some pop music that was a little different. Through a combination of retro synths, Commodore 64 samples, fast chunky drum riffs, and tried and tested lyrics, Frankmusik decided to get the ball rolling in 2007 and was signed to Island/Universal December of that year.

His debut album "Complete Me" was released on 3 August 2009.
Frankmusik went on to changing his stage name to Vincent Did It in January, 2012, however he reverted back to Frankmusik in March, 2012.