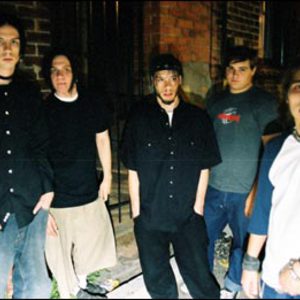 Fordirelifesake (often typeset in all lowercase) were a post-hardcore band from Detroit, Michigan. They played a highly progressive combination of melodic hardcore and technical metal. Formed in 1999, the band self-released their first EP in 2000. During this time, they began playing shows with bands such as Poison the Well, Walls of Jericho, and New Found Glory. In 2002, fordirelifesake signed to Cloud Over Head Records and released their first full-length album, Breathing In Is Only Half the Function.

In 2002, fordirelifesake signed to Cloud Over Head Records and released their first full-length album, Breathing In Is Only Half the Function. The band toured extensively with Boys Night Out in support of the album. After signing to Forge Again Records, the band released a remastered version of this album. During this time, they continued with their rigorous tour schedule, playing with bands such as Thursday. Their first split was with a fellow Michigan band, Wafflehouse*. During a brief European tour, the band was approached by Skipworth Records to release their album in Europe and Asia. In 2003, Skipworth released the split with Deluge, a band from the Netherlands.

The band moved to Thorp Records. In 2004, fordirelifesake released their second full-length, Dance.Pretend.Forget.Defend. After the release of the album, guitarist Brian Southall left the band to join Boys Night Out. Another member of Boys Night Out, Kara Dupuy has performed guest vocals in several fordirelifesake songs. During the summer of 2005, the band re-released their self-titled EP and a collection of tracks from split releases as A Daydream Disaster.

The band announced an official final show for late November 2008. They were later invited to Japan to play Pump Up The Volume festival in January 2009 alongside bands such as Shai Hulud and Endzweck, and the band instead played this as their final international show.