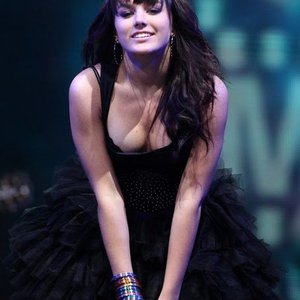 Ewa was born on 12.8.1993 in T?inec. Lives in Vendryn?, Czech Republic, attends 4th Year Gymnasium with the Polish language teaching in the ?esk? T???n. She deals with music since childhood, at her 5 and a half she was attended to ZUS in T?inec (piano playing). Furthermore, she attended 2 years basic education movement (a set of rhythm in the HV PZKO ?esk? T???n). She likes sports. She was a member of the section down-hill skiing Ski Beskyd Great Raca (3 season).

She likes sports. She was a member of the section down-hill skiing Ski Beskyd Great Raca (3 season). She likes music, dancing, acting and singing. She listens to Pink, Simple Plan, Ashley Simpson. Her favorite is Kelly Clarkson and Polish Virgin Group.


Competition and polls
2004 - 1 place in the district singing competition in Fr?dek-M?stek

2005 - 1 place in the European Youth Festival in Poland

2008 - third place in the poll tyty in the category "singer"