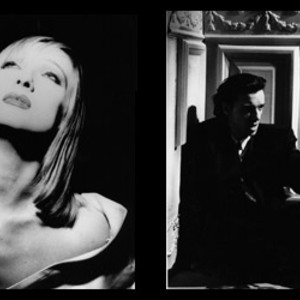 At least 8 artists by this name: 1) Formed by Propaganda lead singer Claudia Br&uuml;cken and synthesiser genius Thomas Leer. Act were signed to the iconic ZTT label. However, their intelligent continental pop was out of step with the dumbed -down times of the mid 80s and sales were disappointing. 2) French synth-pop band who released the "Ping-Pong" single. This has recently appeared on the "BIPPP" compilation.

1) Formed by Propaganda lead singer Claudia Br&uuml;cken and synthesiser genius Thomas Leer. Act were signed to the iconic ZTT label. However, their intelligent continental pop was out of step with the dumbed -down times of the mid 80s and sales were disappointing.

2) French synth-pop band who released the "Ping-Pong" single. This has recently appeared on the "BIPPP" compilation.

4) A Jazz trio based in Brooklyn, NY. http://www.bjurecords.com/ACT.html

7) A Norwegian rock band, who was known as The Act until they shortened their name to only Act by the time of the release of their only album September Field in 1986.

A.C.T. is a very popular and well-known modern progressive rock band from Sweden, having released music since 1999. They have evolved into a respectable band that has had more than a decent impact; more impressive, however, it how their songwriting and style gets better with every album, their latest Silence being considered an incredible one. The band's musical style is eclectic, but also keen to a lot of influences, some (like QUEEN, SAGA, SUPERTRAMP, MUSE, RUSH, DREAM THEATER or ELO) being largely accepted, others (like IT BITES, ZAPPA or STYX) being more particular, and some (like GENESIS, KANSAS, JETHRO TULL, TOTO or the BEATLES) being much superficial.

The band, initially under Ola Andersson on guitars, Tomas Erlandsson on drums, Jens Appelgren on vocals and Jerry Sahlin on both keyboards and drums, was created out of friendly discussions and leisure musical sessions and was named FAIRYLAND. During the entire rehearsals and the eventful years of playing and discovering their outfit, the line-up saw some changes, Appelgren departing and three new musicians joining in: Simon Niklasson on bass and dynamic writing, later Peter Asp as guitarist/bassist, and Herman Saming as vocalist, often leading the charm and lucky good impression of A.C.T.'s clear crystal voice. In 1995, at the suggestion of Jerry Sahlin, FAIRYLAND finally changed into A.C.T., both in name and in perspective. Taking on a new musical direction, A.C.T. went all the way to a finale at a local competition, "Musik Direkt" - which gave them the opportunity to make some demos. The next year, they were favorites all the way to the grand finale in Stockholm, where losing the competition was a small setback compared to the fame and good spirit they've witnessed since.

A.C.T. are as good and exciting on stage as they are profound in the studio. They opened for a lot of good artists, like Yngwie Malsteem, FISH or SAGA. Their modern or progressive relation is stable both in a popular and well-supported way.

As for their music, A.C.T. themselves call it a mix of melodic, progressive rock, pomp or pop elements, but the evolution is straightforward maturity with every album. Being highly proud of their sound and their songs, the mutual feeling is making music of a noteworthy production and an intense popular complexity. Silence (released 2006) is, most specially, a very brave and complete album of the band's expression and work, comprising melodic or upbeat progressive rock, metal bits or classic rock interpretations, songwriting deluxe shape or complex rhythm arrangements. As already mentioned, the classic, popular or notoriously more easy progressive influences are a large idea, but A.C.T. also discovers its own skill mystery and individuality experience, most notably on Silence.
[From ProgArchives]