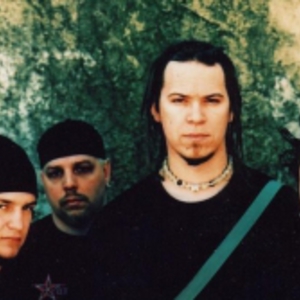 East West is a Christian hard rock band that started in 1993 in Irvine, CA. The band later re-located to Corona, CA. The most well know line-up included Mike Tubbs (vocals), Mike "House" Housen (guitar), James "JJ" Jenkins (bass), Bobby Vegura (drums). The band takes its name from the Bible verse Psalms 103:12. In 2002, "House" left the band and John Druse filled in the guitar position. Their song "Song-X" was featured on the soundtrack for the motion picture, Extreme Days. East West has appeared at Cornerstone Festival.

Not much has been heard of them since the release of their last album in 2003, but in the May/June issue of HM Magazine, Mike Tubbs had this to say:

"We have been writing and taking time off to enjoy the more important things in life, our families. We really spent the three years traveling the world and the States and now it's time to focus on home. So, we are going to work on writing new songs, re-connecting with our fans and, like I said, our families."

East West was formed in 1988 by Mike Housen (guitarist, back up vox), Erick Kieselhorst (lead singer) and Ralph Lamagna (Drummer) in the San Fernando Valley. East West played the Sunset Strip (Whisky, Roxy) quite a bit, and opened for well known bands at the time, such as , Mary's Danish and Warrant. The band also had a song in KROQ-FM's rotation called ,"Southern Dawn". Housen later moved to Orange County and in 1991, reformed East West. This version included Housen (lead Vox, guitars), Dave Barrs (guitars), Bob Vergura (Drums), and Dave Detloff (bass). East West had a decidedly U2-influenced sound at this point in time.

In 1992, Housen crossed paths with Mike Tubbs, a friendship evolved, and eventually Housen brought Tubbs in as a guitarist. The two then re-defined East West with a hard metal sound. Other members included Paul "Boomer" Droste (drums) and Paul "Soth" Nasfell (bass, vocals). This version of East West was notable for its mix of hard metal with strong melodies in 3 part harmonies. A 5-song demo was released in 1995. It is of interest to note that Housen provided lead vocals during this period.

After parting ways with Droste and Nasfell, Ben Dacanay (drums) and Ted Su (bass) joined the group in 1995. East West continued evolving musically toward the sound it is known for today. "Rachel's Silence" was released in 1996 and an unreleased studio album was also recorded in 1997. Shortly after, Dacanay and Su left the group. It was around this time that Housen decided to focus more on the guitar and song writing and Tubbs began taking on the lead vocal role and the band re-located to Corona, CA.

The Light In Guinevere's Garden