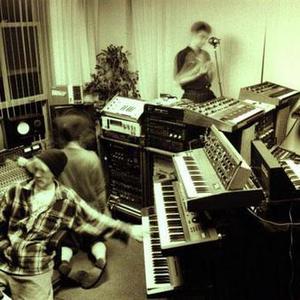 As industrial and industrial metal made great inroads on the mainstream charts during the late '90s, many early pioneers continued to record with little fanfare but a large amount of creativity, even if the astounding leaps in technology had largely altered their sound since the heyday of the 1980s. Download was originally begun by Skinny Puppy's cEvin Key and Rudolph Dwayne Goettel in 1995 as a side project from their rapidly disintegrating full-time interest.

Also a part of Download were Skinny Puppy contributors Anthony Valcic and Ken Marshall, plus Philth and Mark Spybey (from Dead Voices On Air). The debut album Furnace was issued on their own SubConscious Records (and distributed by Cleopatra) in late 1995; several months earlier, however, Goettel had died from a heroin overdose.

Download is also a name of a Drum & Bass artist:

Do you still think that Brazil is only place for samba, carnival and hot women? Then take a breath and listen those two angry wobble tunes by 18-years old, young & upcoming producer from Sao Paulo. Download ? is the name you will definitely listen in nearest future again and again. Bubble Gum Recs' 4th release - Wob Formula / The Best Man tunes that will make excellent job on every dancefloor with massive orchestral hits, movie speech samples changing into crisp breaks and unforgettable wobbling basslines. <Biased much???>