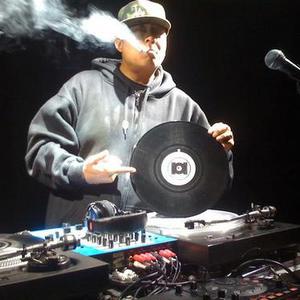 DJ Babu (born Chris Oroc) is a Filipino-American DJ and is a member of a crew of DJs called the Beat Junkies, a group which includes others such as Melo D, DJ Rhettmatic, and J-Rocc. DJ Babu introduced the title "Turntablist" in order to differentiate what he was doing (scratching vinyl records) from more conventional aspects of DJ-ing. He is a member of the hip-hop group Dilated Peoples, along with Rakaa and Evidence.

DJ Babu (under the alias "The Turntablist') was the creator of the most widely used Breakbeat album Super Duck Breaks (1996 Stones Throw Records) and its follow-up Super Duper Duck Breaks.


According to the humourous song "The Sparky Chronicles" from The World Famous Beat Junkies Volume 2 mixtape, DJ Babu's flatulence is so bad, "...if you whiff it, you catch disease / your speech slurs and your vision blurs / you feel your chest and your heart murmur"