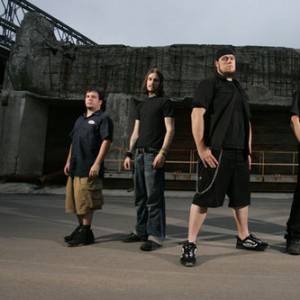 Diecast is a Boston-based metalcore band. They recorded their first demo in 1997, titled Perpetual War. They released their first full-length in 1998 titled Undo the Wicked. In 1999 a self-released sampler was made. With some lineup changes, they released Day of Reckoning in 2001, and enjoyed much more popularity outside of Boston. In 2004, and re-released in 2006, their most acclaimed album was released, Tearing Down Your Blue Skies, which garnered them opening spots on tours with bands such as Slayer.

In 2006, they also released their latest album, Internal Revolution, and toured for most of 2007 with Sevendust.

Day Of Reckoning-Undo The Wicked CD2

Day Of Reckoning-Undo The Wicked CD1

Tearing Down Your Blue Skies