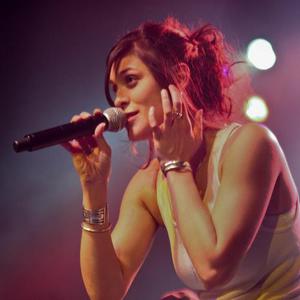 Born Margaret Wander, Dessa's first release with Doomtree, False Hopes, introduced a unique sensibility to underground hip-hop: literary, bitter-sweet, and wry. She alternated between a clever, droll persona as an emcee and her earnest, unaffected delivery as a singer with a low, clear alto voice. Her a cappella arrangements delicate and expressive, full of sad, old world harmonies. False Hopes attracted a varied set of ferociously dedicated fans in the Midwest and beyond.

The press compared her to Lauryn Hill and Ladybug Mecca, and then as ?equal parts Ani DiFranco and Mos Def? (Rift Magazine).

Most recently, Dessa published a book under the Doomtree banner. Spiral Bound, her collection of essays and poetry, was dubbed a ?dazzling literary debut? by the City Pages and ?witty and desperately honest? by Alive Magazine.

A Badly Broken Code, her solo full-length record was released in January 2010 to an eagerly waiting number of listeners and music-writers alike. It earned 4 stars from Urb Magazine, a mention in Spin, and rave reviews from publications across the country.