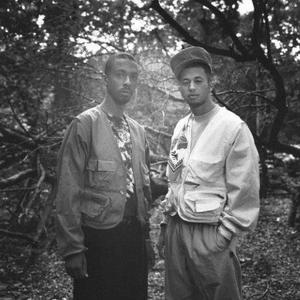 Definition of Sound (1991-1996) was a London, England-based dance music duo consisting of Kevin Clark & Don Weekes working with musicians Rex Brough (aka King John and The Red King) and latterly, Mike Spencer. Their second and fourth singles, "Wear your love like heaven" and "Moira Jane's Caf?" were in the UK Top 40. They also had several songs enter the Hot Dance Music/Club Play chart, including "Moira Jane's Caf?," which hit #1 in 1992. Their music has a jazzy feel to it and is similar to Neneh Cherry's album Man with a 90s style of hip hop / trip hop with some guitars mixed in

Although they had no Hot 100 entries, the song "Now Is Tomorrow" (a #10 dance hit) climbed to #68 on the Hot 100 Airplay chart in 1991. Vocal duties on this single and some album tracks were handled by singer Elaine Vassel. After just 9 singles and 3 albums they called it a day in 1996.